Get to know new dad, Katlego Maboe, this Father's Day

We chat to the man behind the boyish good looks and natural effervescence - meet new dad, Katlego Maboe. 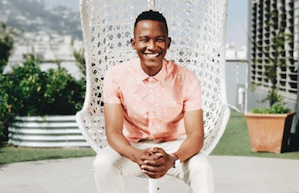 As the endlessly energetic presenter on the popular early-morning TV show Expresso Live, on daily from 6-9am, Katlego Maboe burst onto our TV screens just over a decade ago. His natural, effortless style while weaving inspiring interviews, music, comedy, health and wellness into our morning routines makes him perfect for this role.

The road to the screen

Katlego, 33, is an entertainer by nature, and even though he graduated with a BCom in 2007, for this accountant music has always been his biggest passion. In fact, it was while performing with his band at the KKNK Afrikaans cultural festival that he was spotted by a content producer, who recommended that he audition for a new lifestyle programme for De Kat TV.

“It sounds like a Hollywood biopic,” he says of his big break in TV, “but that was my first taxi trip from Potchefstroom [to the big city, Johannesburg] for this first audition,” he chuckles. “In my eagerness to impress, I misread the brief and prepared for two interview scenarios instead of one. I guess it showed an eagerness to want to pour myself into the task,” he says.

Katlego's approach to his career - and life

This perhaps best sums up Katlego’s approach to his career, and life. Always prepared, ready to give all of himself. “I want to make a success of every day. I launch into it as if this might not happen tomorrow, because really, it could be the case. This is a highly competitive industry, and I’m acutely aware of that,” he says.

Though Katlego needn’t be too concerned; there are not many TV personalities who can match his intrinsic, infectious energy. “Ever since I was little, I’ve always been active and energetic. Whether it was while out playing cricket (way after dark), soccer or hockey on the weekends, or being part of the school choir, I’ve always had a need to connect with people.” So it’s quite apt that his day job now allows him to connect with millions of viewers each weekday morning.

He attributes his often-outrageous personality to his late uncle, who was unwittingly his mentor and father figure, after his parents divorced when he was just three. His single mom, a teacher, and his loving grandparents raised Katlego and his two sisters. “They were disciplinarians who instilled a strong worth ethic.”

Family has clearly always been important to him. So it’s fitting that, after nine years on the show, he refers to his Expresso team as family. “We all just want to see the best out of each other.”

Part of the privilege of working on a show like Expresso is the opportunity to affect others positively. “Knowing the impact we have is enough to make you want to do something really extraordinary every single day.” 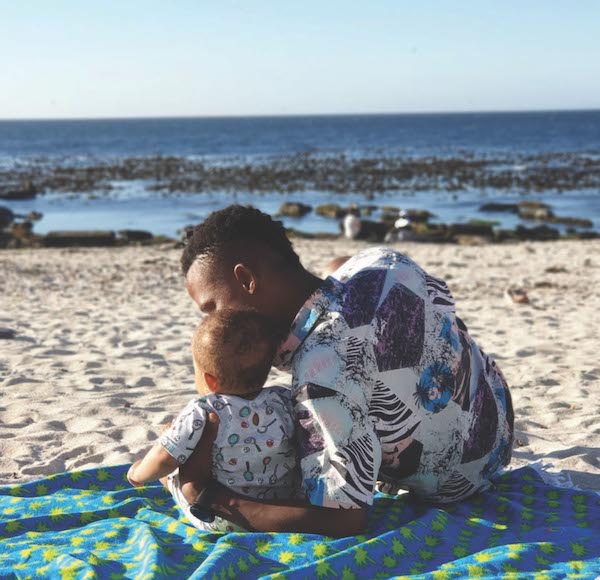 It's all about his boy

A role Katlego is relishing most is that of fatherhood. He and partner Monique Muller welcomed baby Phoenix into the world in July 2018. As he and his family arrive at our Clicks ClubCard cover shoot, to a studio filled with the creative crew, Katlego only has eyes for his boy, cooing and smiling as he settles him into the new environment. It is obvious for all to see that Katlego is hopelessly and utterly besotted.

“I’m loving every moment of fatherhood!” he says proudly. “Monique is simply phenomenal, she’s an amazing mom,” he gushes. “Sure, sleep is limited, and with a daily 4.30am wake-up call takes some getting used to, but it’s not terrible. Witnessing Phoenix purposefully repeat something after me and actively mimicking me, wow, it’s an extraordinary thing!” he beams.

“I’ve become a master at changing nappies,” he responds, without missing a beat, when asked about his downtime. Ensconced in their new-baby bubble and with a rigorous work schedule, there is not much time to work out or socialise. “We just love walking along the promenade, or going to the Saturday morning market for good food and to enjoy the fresh air,” he says.

What is his one wish for Phoenix? “Just to be a good person,” he says simply. “You can be successful, famous, whatever you do in life… be as good a person as you can. I’d like him to be a light in a sometimes dark world, which speaks to his name – Phoenix – a fire rising out of the ashes to light up the world,” he says.

With a doting dad at his side there is no doubt that Phoenix’s light will shine as brightly as his famous father’s.

Excuse the stereotype, but anything involving chicken.

A recent skiing holiday to the French Alps. It was mind-blowingly beautiful and such an adventure! As soon as Phoenix is old enough, we’ll be hopping on a plane to go skiing again.

Readers will be surprised to learn that…

Sometimes when I wake up, it takes a few minutes before I get going. I struggle just like everyone else.

The Alchemist by Paulo Coelho. 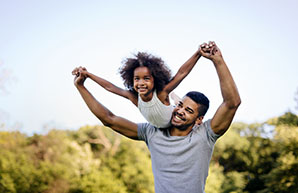 Dads, we salute you this Father's Day! 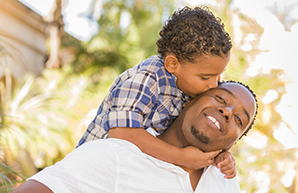 What I learnt from my father 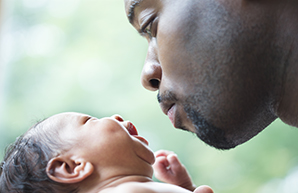 Fatherhood is a huge responsibility. Take heart with this advice. 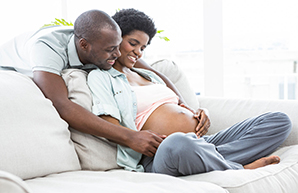 7 steps to get dad involved in your pregnancy

It’s easy for dad to feel left out, but there are ways – and benefits – of including him. 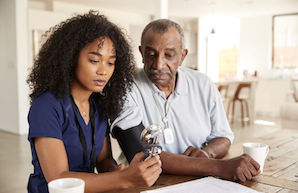 As June marks both Men's Health Month and Father's Day, so we are encouraging men of all ages to make their physical wellbeing a priority. 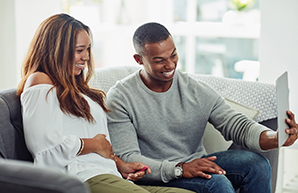 Ways a caring partner can help during pregnancy

Pregnancy is a time of great change, having a strong support can make a huge difference 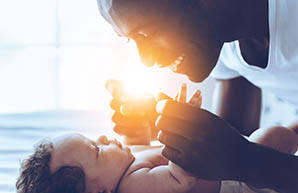 7 essential ways for dads to bond with their newborns 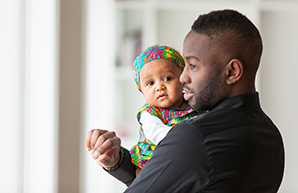 For dads: How to be the best birthing partner

Dads, the day your child is born is your day too. Be on form with these tips.