Getting married? Answer these 10 questions first

These make-or-break relationship questions will help you determine whether you have a future together. 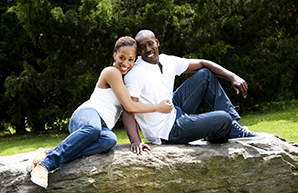 You've found Mr or Mrs Right and are ready to live happily ever after. But there are 10 critical questions you should discuss to keep the wolves away from your fairytale romance.

1. Do you have similar views on money?

These days, both individuals in a couple generally work, and arguments over how to spend this hard-earned cash have been the downfall of many a match made in heaven. “Ideally, a couple needs a similar background and history of financial management,” recommends life and couples coach Gail Sylvester.

2. Do you both want to have children?

This is a particularly difficult question to resolve if you both feel differently about it. “A child is a lifetime commitment – financially, emotionally and physically,” says Sylvester. “Can both partners adapt to these circumstances and demands?” For women, in particular, there can also be a feeling of time running out – and this can lead to great pressure if he's not ready yet. Yes, there's no question that children change your life – but unless you can agree on this thorny issue, your lives may change dramatically anyway: the relationship could end.

3. How often do you both think you should be having sex – and do you both enjoy the same types of lovemaking?

While sex means different things to different people, romantic relationships require enough canoodling to keep both partners content. “Sex is often a good temperature gauge for unconscious issues in a relationship,” says clinical psychologist Marc Kahn. “When people are withholding something from one another on other levels, this can manifest as a lack of intimacy.” There are many other reasons why sex sometimes takes a back seat (work stress, illness and general fatigue can all be to blame), but it is worth making the effort to keep the home fires blazing. And as far as preferences go, “each person should discuss his/her preferences and expectations openly and frankly in the early stages of the relationship,” recommends Sylvester.

4. Do you both want to live in the same place?

Leaving friends and routines behind is incredibly hard on a relationship, even if you are the most carefree couple on the planet. And what's hard to reconcile is that promotion may mean a break for one partner, but bad news for another. Even wanting to live in different parts of a city can cause tension, says Kahn. “in the end, it's only possible to live in one place, and there may be a need to negotiate.”

5. Do you have the same beliefs about gender roles in a marriage?

“Gender expectations need to be discussed,” says Sylvester. “What may have been the norm in one home may have been completely different in the other partner's home.' This is one of the areas where you shouldn't necessarily count on your parents for advice. The world has changed and shared responsibility in most areas of life – including work and home – is expected by many partners.

6. What level of involvement do you both think your parents should have in your relationship?

“In-laws are often the source of much distress in a marriage,” says Kahn. Do you dread Christmas or other family gatherings? How often does your mother-in-law come around? Does she give you advice? And most importantly, does your partner expect you to take it? Make sure you have enough space to be happy. Similarly, different attitudes to family in general can be problematic. Perhaps your partner comes from a tight-knit family who drop in any time of the day or night? It's time to compromise if you'd like to see that silver anniversary.

7. Do you come from different cultural backgrounds?

This is not necessarily a momentous issue, but if you have grown up in totally different cultures, the possibilities of being misunderstood are just that bit higher. “Many relationships cannot survive the socio-cultural pressures of diversity,” says Kahn. “There are social and family issues to overcome and cultural barriers to negotiate.” Sylvester agrees, “Initially, differences may seem exciting and attractive,” she says, “but in the long term, a lack of understanding of one another's cultural backgrounds may prove a problem… our cultural background is almost in our genes.” Of course, you can work through problems – but it means that good communication, as always, is vital. “If negotiations are successful, the couple is likely to have an even stronger relationship,” says Kahn. “But if they fail to negotiate, the pressures could destroy it.”

8. Does either of you have a chronic illness or disability?

This seems a terribly harsh question, but like all the others, it's looking at something that might not initially matter, but could result in a couple growing apart. If one person is very active and the other is confined to home due to bad health, you will need to discover whether there are enough activities you can share to keep you content as a couple. Sylvester suggests that couples in this situation ask themselves how the long-term effects could impact on the relationship – and what support or financial resources will be needed. Like money troubles, illness can be a handicap – but it doesn't mean the relationship can't work.

Like cultural differences, religious differences could affect what you expect from your partner, from gender roles and choice of lifestyle, to moral and ethical decision-making.

In other words, does your lover have a whole load of emotional baggage that he hasn't yet dealt with? (Just one problematic ex can be enough.) “People need to be completely open from the start of a relationship,” says Sylvester. “Skeletons in the cupboard will only create discord.”