Just how hygienic are you? Ensure you avoid these dirty habits. 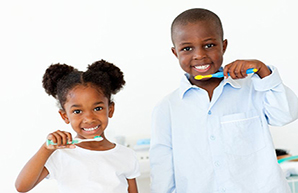 1. Not washing your hands after using the toilet

A UK study on Global Handwashing Day (15 October) measured how much soap was used by 250 000 people after they used the toilet. The results found that 32 percent of men and 64 percent of women used soap, indicating that a relatively high percentage of people overall neglect this basic hygiene habit.

2. Not brushing your teeth properly

The American Dental Association released a study that showed that only 66 percent of men brush their teeth twice a day, with the correlating female figure being 86 percent. Reportedly, not brushing teeth adequately, especially not flossing and brushing their tongues, is one of the most common poor male hygiene habits.

3. Leaving your dishes to ‘soak’

The Harvard School of Public Health and the Long Island College Hospital of Brooklyn, New York, have both found that the kitchen sink is less sanitary than the toilet bowl, with soaking pots and pans likely to act as breeding ground for bacteria like E. Coli and salmonella.

4. Believing in the ‘five-second rule’

Claiming that food is still fine to be eaten as long as you pick it up off the floor within five seconds is a commonly heard justification – but one that has no scientific basis. A study published by Clemson University researchers in the Journal of Applied Microbiology found that 99 percent of bacteria is transferred to food immediately – the moment it hits the floor.

5. Not cleaning your office

A study from San Diego State University that examined office hygiene identified more than 500 types of bacteria in the workplaces involved, from skin, noses, ears and intestinal cavities... Think about that for a moment. Equally disturbing is a 2008 study in the UK that showed keyboards can carry as much as five times more bacteria than a toilet seat.

6. Not towelling off properly post-shower

This is a common bad hygiene habit that can lead to the spread of bacteria and fungal spores, particularly in sweaty areas like the groin and the armpit.

Make use of the convenience of online shopping to stock up on all home and personal hygiene essentials with Dettol. 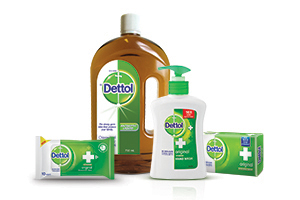