Why your toddler lies sometimes – and how to deal with it

Is your toddler telling tall tales? Here’s how to teach your child the value of truthfulness. 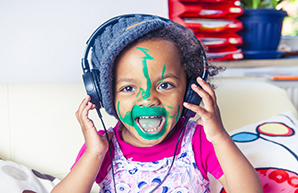 Upsetting as it can be, fibbing is, in fact, a normal part of toddlerhood. “Very young children aren’t yet fully able to distinguish fantasy from reality,” explains Gauteng-based psychologist Karin Steyn. “From around age two to four, they’re flexing their highly-active imaginations and will often think what they tell you is the truth.”

So you can’t see the dinosaur in their cupboard, or their imaginary friend? In their heads these are real – or they wish so much they were, that to them they become real due to ‘magical thinking’. “Toddlers may also try to make their stories of experiences more exciting or make themselves sound better,” Steyn says.

By school-going age, most children sense their parents expect the best of them and want to please them, but toddlers don’t yet have an internal sense of what is right or wrong, Steyn says. “They learn that based on the consequences their behaviour elicits. Very young children may lie as a way of protecting themselves from being caught and punished; they’re egocentric and act out of self-interest.”

How to react when your toddler lies

Understanding, patience and a sense of humour are your best weapons. If children create stories or embellish the truth at this age, it’s usually harmless – and hardly surprising when you’re reading them fairy stories and telling them about Father Christmas and the Easter Bunny.

They’re also trying out various aspects of themselves and pushing boundaries, finding out who they want to be (imaginary friends can be especially useful here). “They may also be checking for what reaction their lies elicit from others,” says Steyn.

Use instances of fibbing to gently guide them: “Toddlers are too young for punishment,” says Steyn.

Top 5 tips for dealing with fibbing

1. Stay calm. Angrily grilling a toddler, accusing, shouting and threatening them for lying can simply frighten them into hiding the truth even more, and possibly becoming withdrawn and resentful.

“Use this as a learning experience to talk about the value of truthfulness, and communicate the rules and consequences to explain what is acceptable and what is not,” advises Steyn.

3. Reward truthfulness. Thank them for their honesty and let them know you admire their courage. “Always reward the behaviour you’d like to see more of with your praise and attention,” Steyn says. “Try to ignore what you want less of, especially if it’s not that serious.”

4. Build trust. Model behaviour by always being straight yourself – if an injection will sting, tell your child it will a bit, but it will be over fast and you know she will handle it. If you ever break your word, perhaps arriving late to collect her, admit it and apologise.

5. Have fair consequences. If they lie about something accidental, like knocking over a glass of juice, calmly assure them anyone can have an accident, and show them how to clean it up.

If they lie about something they did deliberately, like eating those chocs, say ‘Let’s give your sister some more. But there’ll have to be less for you.’ “Children learn from the experience itself and the ramifications of their mistakes,” says Steyn. “This helps them gain some sense of understanding of natural consequences and the reasons behind the rules.”

Shop online at Clicks.co.za for nutritional toddler food and drinks

Make use of the convenience of online shopping to track down toddler foods and drinks which are designed to suit their nutritional needs.