4 breast cancer studies you should know about

Stay in the know with the latest research into understanding breast cancer.

It was previously thought that hereditary cancer gene mutations were more prevalent in Caucasian women, however, a recent US study published in the journal Cancer suggests that the risk in black women under 50 may be much higher than originally thought.

The study, led by Dr Tuya Pal from the Moffitt Cancer Center in Tampa, Florida, found that of the 400 black women who were diagnosed with invasive breast cancer before their 50th birthday, 12 percent carried either the BRCA1 or BRCA2 gene mutations, which are responsible for hereditary cancers.

While this figure is significant, what’s alarming is that 40 percent of women who carry the BRCA mutation did not have an immediate family history of breast cancer, leading researchers to suggest that family history may not necessarily be as big an identifier of these mutations.

2. Afrikaners more likely to carry the breast cancer gene that Angelina Jolie has

Actress Angelina Jolie made the headlines in 2013 when she underwent a voluntary double mastectomy as a preventative measure when she found that she carried the cancer-causing BRCA1 gene mutation.

Now, according to recent research by geneticist Professor Maritha Kotze at the University of Stellenbosch, Afrikaans people may be more likely to carry the BRCA1 and BRCA2 genes, the two genes responsible for hereditary breast cancers. Of those surveyed by Kotze and her team, 67 percent of Afrikaans breast cancer patients who come from high-risk families were found to carry at least one of these genes.

Kotze’s research also revealed that a different approach to treatment may be needed, as all cancer genes don’t respond to treatment in the same way, and that customised treatment may be needed to achieve the best results. “We strive towards one day providing each patient with a drug targeted specifically at their tumour’s genetics,” said Kotze at the Cancer Association of South Africa’s (CANSA) Research in Action Conference in Stellenbosch where the findings of her research were presented.

Breast cancer screening may soon be more accurate with the addition of a 3D imaging testing technique known as tomosynthesis. A recent study published in the Journal of the American Medical Association found that in more than 170,000 examinations where this new technique was used in conjunction with mammograms, accuracy of detection increased, while tests were performed quicker, and fewer patients were recalled due to inconclusive readings.

While the improvement are not necessary significant enough for doctors to stop using mammograms altogether, it is a step in the right direction for speedier and more accurate screening.

Get your breasts examined at Clicks Clinics

Breast examinations are offered at all Clicks Clinics. Call 0860 254 257 to make an appointment at your closest clinic or book a Clicks Clinic appointment online. A Clicks Clinic Sister will gladly examine any breast lumps you’re concerned about and give you the advice and support that you need. 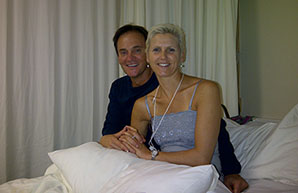 'How I survived breast cancer'

To honour the women who have fought, or are fighting this disease, breast cancer survivor Mandy Murdock shares her journey to health. 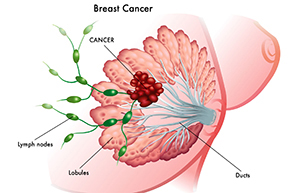 What to do if you have the breast cancer gene

We discuss the implications of knowing you've inherited a mutation that puts you at risk.