4 liver cancer studies you should know about 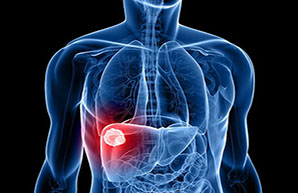 Researchers led by Dr Yukai He, an immunologist at the Georgia Regents University Cancer Center in the US, discovered that a protein called Alpha-Fetoprotein (AFP), which is expressed in most liver cancer cells, can be tweaked to create a vaccine that is effective in preventing liver cancer in mice.

In the study, which was published in the journal Hepatology in 2014, mice were exposed to chemicals that were known to cause liver cancer. The vaccine blocked the cancer in roughly 90% of the cases. The next step is figuring out if the vaccine will also work in humans.

Magnetic resonance imaging (MRI) is usually used to detect disease without having to resort to the use of radiation. However, because most MRI contrast agents (these are solutions that are given to a patient to highlight certain areas of the body, such as blood vessels, so that doctors can seem them in more detail) are rapidly excreted from the liver, it is difficult to detect primary liver cancer and tumours smaller than a centimetre through a MRI.

However, according to a study published in the Proceedings of the National Academy of Sciences in 2015, researchers at Georgia State University in the US have developed a new class of protein-based contrast agents (PRCAs) and a new imaging technique that makes it possible to detect liver tumours that measure less than 0.25 millimetres.

To read more about this study, go to: http://www.nibib.nih.gov/news-events/newsroom/new-mri-approach-detects-early-liver-tumors-mouse-model-human-disease

3. The liver cancer risk study: Does coffee reduce your risk?

Both researchers at the World Cancer Research Fund in London and from the American Institute for Cancer Research recently combined forces to analyse the data from 34 studies covering 8.2 million people. This new study found that drinking two to three cups of coffee a day could reduce the risk of liver cancer by half.

However, the researchers did point out that exercise, diet and lifestyle choices also play a role in how coffee, which is high in antioxidants, helps to reduce the risk of cancer.

Other studies, based on the same data, found that drinking more than three glasses of alcohol a day increased your risk of liver cancer, while consuming more white meat lowered it.

To read more about this study, go to: http://www.aicr.org/press/press-releases/2015/liver-cancer-report-new-links-emerge-coffee-protective-obesity-risk.html?referrer=https://www.google.co.za/

Chronic inflammation, caused by either viral hepatitis or alcoholism, can often develop into liver cancer. Using mice, US researchers from the Virginia Commonwealth University Massey Cancer Center have shown that blocking the expression of a gene known as astrocyte elevated gene-1 (AEG-1) regulates inflammation. This, in turn, can stop the development and progression of liver cancer.

The study, which was published in the OnlineFirst edition of Cancer Research in 2014, found that without AEG-1, mice resisted liver cancer development and were protected from inflammation associated with aging. The researchers are currently trying to develop drugs that will block the expression of AEG-1.

To read more about this study, go to: https://www.massey.vcu.edu/news/blog/2014/study-uncovers-genetic-driver-of-inflammation/ 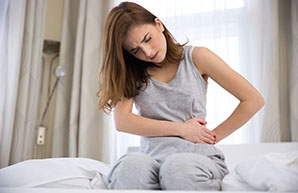 Your guide to controlling cancer pain

The pain caused by cancer – or its treatments – can and should be managed properly. Here’s how. 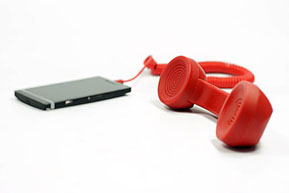 Do cell phones cause cancer?

Does the radiation emitted by cell phones increase your risk of brain cancer? We look at this controversial question.