4 sleep disorders that may be keeping you awake

Tired of counting sheep? Find out which disorder may be robbing you of sleep. 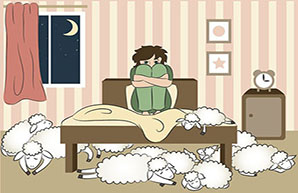 This is a serious sleep disorder where the individual stops breathing, or has episodes of shallow or infrequent breathing during sleep. Fascinatingly, the sleeper is often unaware of the problem, even though the apnoea (pauses in breathing) can last from ten seconds to several minutes.

The effects are felt the next day, of course, as disturbed sleep leads to daytime fatigue, irritability and even depression, but often the only way sleep apnoea is diagnosed is when someone else witnesses the individual’s symptoms – loud, chronic snoring, gasping or snorting during sleep, or frequent pauses in breathing.

The best way to treat sleep apnoea is by using Continuous Positive Airway Pressure (CPAP), a mask that is worn over the nose during sleep and delivers a stream of air that allows the individual to sleep and breathe normally.

Other factors that may assist sleep apnoea include losing weight, raising the head of the bed and sleeping on the side – but this is for mild to moderate sleep apnoea.

A diagnosis and proper treatment is essential, especially seeing as, according to SleepLink, ,who focus on sleep study and neurophysiological solutions, “an alarming number (about four percent) of South Africans with this condition go through life undiagnosed and untreated.”

Sufferers experience an irresistible urge to move the legs to stop uncomfortable sensations. It can also affect other parts of the body, but it is characterised by the fact that moving the body part in question provides only temporary relief, and then the sensation returns.

It has been linked to anaemia, pregnancy and diabetes, and although medicine that targets the neurotransmitter dopamine has been found to be effective, there is not yet a single therapy that has been globally approved for the condition.

The International Restless Leg Syndrome Study Group (IRLSSG) have started to define the characteristic symptoms of RLS, and studies indicate that as much as 5% to 15% of the adult population may experience these symptoms. Interestingly, this is one of the sleep disorders that is not often linked to any emotional root.

It’s perhaps the best known of all the sleep disorders – who among us hasn’t had a night lying wide awake, unable to nod off? To diagnose insomnia, though, the common symptoms (trouble staying asleep, fatigue, feeling unwell or unhappy, as well as a general lack of attentiveness) have to persist for at least four weeks.

Insomnia is unique in that it can be caused by a number of lifestyle choices: medication, caffeine, poor diet, jetlag and lack of exercise. Often, correcting these lifestyle elements leads to a better night’s sleep, without any further help needed.

That said, age is also a factor in insomnia (the older you are, the more likely you are to suffer from it) and more women than men suffer from insomnia.

The Sleep Centre Network says, “As many as one-third of patients seen in the primary care setting may experience occasional difficulties in sleeping, and 10 percent of those may have chronic sleep problems.”

If lifestyle changes don’t work, most people turn to medication, although seeking professional help may solve underlying stressors that are contributing to insomnia.

They can vary in intensity and frequency – some individuals may have night terrors every few days or weeks, others may have them a number of times in one night.

The Sleep Centre Network describes night terror symptoms, including: “increased heart rate and respiratory rate. When occurring in a state of terror, the movements may be much more rapid, with episodes of rushing into walls, through windows and out into street. There is reduced responsiveness, but the subject may shout or scream.”

If someone is in the middle of a night terror, it’s important not to touch them – rather switch on a dim light and try to soothe them in a soft voice until the episode passes. Various treatments have been shown to be helpful, including medication and hypnosis.

Sleep disorders are more likely to present at night not only for the obvious reasons (because we are sleeping) but because our conscious/subconscious threshold is lowered and the mind is less occupied with 'noise' – the everyday tasks that keep us so busy. This is when an over-active mind has more time to try and figure out important or disturbing thoughts, generally without success. 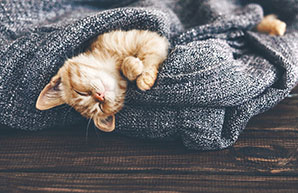 Trying but failing to sleep when you need to is frustrating. Here's how to combat insomnia. 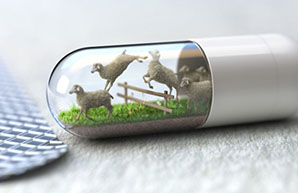 Sleep problems affect about half of people aged 60 and older, but there are proven ways to get a good night's sleep.