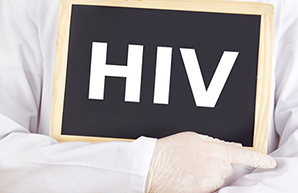 1. Someone with HIV can have a healthy baby

The treatment for the prevention of mother-to-child HIV transmission is very safe and effective, says Dr Maxime Molishe, a clinical advisor at the TB/HIV Care Association, a non-profit organisation that offers healthcare services, training and support to communities throughout South Africa. “Without any intervention, between 20 and 45 babies out of 100 will get infected with HIV from their mothers. With treatment, this drops to below two out of 100,” he says.

All HIV-positive pregnant women in South Africa are eligible for lifelong anti-retroviral therapy free of charge, and at birth, babies receive anti-retroviral drugs to further reduce the risk of infection. “Women who are HIV-positive and planning a pregnancy must speak to a clinician to discuss the recommended treatment,” advises Molishe.

2. The symptoms of HIV are often missed

Within the first four weeks after HIV infection, a person may experience flu-like symptoms. At this stage (known as the primary infection phase), individuals are highly infectious, but symptoms are mild and non-specific, so without a HIV test it is difficult to identify people as HIV-positive. If untreated, most people only develop symptoms of HIV eight to ten years after infection when the virus weakens the immune system and it becomes vulnerable to opportunistic infections.

“Taking HIV treatment lowers the viral load, or amount of HIV, in your body,” explains Molishe. He says that there is now significant evidence to show that HIV treatment can be an effective method of preventing HIV transmission. “Treatment reduces the risk of HIV transmission during heterosexual sex by 96%, and more recent studies suggest this could apply to homosexual couples too,” says Molishe.

5. Not every exposure to the HIV virus leads to infection

Several factors increase the likelihood of infection. According to Molishe, if the viral load of the infected person involved in the exposure is high, the chance of transmission is higher. “This can occur if the person is in an advanced stage of the disease and not on treatment, or if they are in the primary infection phase,” says Molishe. The presence of sexually transmitted infections in either partner also increases the chances of transmission.

Did you know Clicks offers HIV testing and counselling at our clinics? To make an appointment at a Clicks Clinic, call 0860 254 257 or book online at Clicks Clinics online.

Don't be caught unawares – rather stock up on condoms here so that you can ensure you're practising safe sex at all times.