We debunk some common myths about this painful condition. 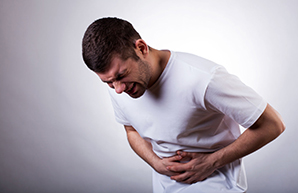 Myth 1: Gastritis is a minor ailment with no real health risks

The facts: Gastritis poses serious health risks. “If left untreated, it can cause a multitude of problems, including bleeding in the gastro-intestinal tract, anaemia due to the loss of iron, ulcers, stomach cancer and even death, in the case of severe bleeding,” says Cape Town general practitioner Dr Mark Stodel.

Myth 2: Gastritis is usually caused by a virus

The facts: The three most common causes of gastritis are as follows:

Myth 3: Only older people get gastritis

The facts: “Older people may have weakened immune systems and thinner stomach linings, which predisposes them to infection, however anyone who uses anti-inflammatories and lives in close proximity with others can get gastritis,” says Dr Stodel.

Myth 4: Stress is all in the mind. It can't make you physically sick

The facts: Stress can cause gastritis. “Large amounts of stress trigger the release of cortisol, a stress hormone. Cortisol decreases the amount of mucous produced by the stomach. This increases the likelihood of the stomach acid burning the lining of the stomach, thereby causing gastritis,” says Dr Stodel.

Myth 5: Over the counter (OTC) medications can't cause gastritis

The facts: Your doctor may include an antacid in your treatment regime, but most cases of gastritis require treatment with proton pump inhibitors or histamine blockers and, in the case of infection with H. Pylori, a course of antibiotics.