Could your child be overweight? The experts weigh in

We seek advice from doctors, nutritionists and psychologists on this complex issue. 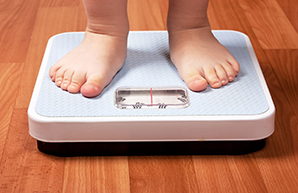 According to the World Health Organization (WHO), the number of overweight or obese infants and young children (0 to 5 years) spiked from 32 million worldwide in 1990 to 42 million in 2013. “Urbanisation, increased reliance on and access to convenience food, and a growing emphasis on sedentary behaviour and screen time from a young age, all place children at a far higher risk of being overweight than previously,” says Cape Town dietitian Joanna Wilson.

So how can you tell? According to dietitian Shana Terhart, the WHO growth charts are commonly used in order to determine healthy weight. “These charts give us an indication of the risk of malnutrition, while also taking into consideration the parents’ height and weight.”

Could it just be puppy fat?

Alyssa Lundahl, a lead researcher at the University of Nebraska, found that parents were far more likely to miss the fact that children aged 2 to 5 were overweight compared with older children. “As kids get older, parents realise it’s not just baby fat anymore, and the kids are not going to grow out of it.” But does baby (or puppy) fat really exist, or is it a myth?

“Puppy fat isn’t a scientifically accurate term, but it is true that infants and children gain weight in the form of fat during the normal growth process as a result of an increase in fat cell numbers. During normal growth, the greatest percentage of body fat is set by 6 months of age. There is also usually an increase in body fat around the age of 6, especially in girls. The idea that puppy fat decreases is because children usually gain fat during the first few months of age and then have an increase in height which gives them the appearance of having grown into their weight,” says Terhart.

Why is being overweight a problem?

Excess weight also affects the confidence of children in many ways, says clinical psychologist Cristine Scolari. “They can be bullied or teased about their weight. They can feel isolated or ‘different’ from other children.”

How to talk to your child

“On the other hand, don’t deny there is a problem if your child is overweight. Sometimes children will approach their parents or make a remark in passing about their weight (like ‘I’m so fat…’). At this point, it would be prudent for the parent to acknowledge what the child has said by saying ‘It sounds to me as if you’re not happy about your weight…  tell me more.’ Rather than dictating to the child what they should do, make a plan together. 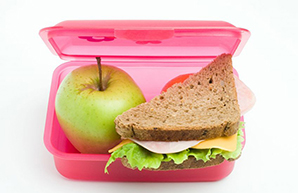 Are your children eating well enough to get through an entire day of school? Follow these vital guidelines.