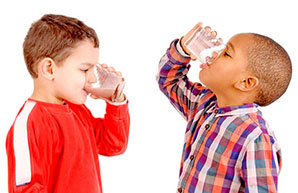 Type 2 diabetes typically affects those who are overweight, but a new study suggests that the consumption of too many sugary drinks could also be a major risk factor, regardless of your body weight. The study by researchers at the University of Cambridge in the UK found a strong link between the consumption of sugary drinks and diabetes. Their findings, reported in the journal Diabetologia, were based on the food diaries of 25 000 British adults over a period of ten years.

One of the major dangers of sugary drinks is that it’s easy to forget exactly how much sugar they contain. An average can of gas cooldrink contains 40g (8 teaspoons) of sugar, while a 350ml serving of flavoured milk contains 35g (7 teaspoons of sugar), says Cape Town dietitian Emily Innes.

The other problem with sugary drinks is that they are loaded with what is known as “free sugar”. Unlike fresh fruit – which contains fibre to slow down the release of the sugar in the fruit – sugary drinks, including fruit juice, are filled with sugar which goes straight into your blood stream.

So what exactly happens inside your body when you drink too much sugar? “Your blood sugar levels spike immediately after you consume a sugary drink. Your body then needs to release a hormone called insulin to bring your sugar levels back to normal,” says Innes. “If this happens often, eventually your cells become tired of responding to insulin and you become insulin resistant. This means your cells are only whipped into action when there is a huge amount of insulin in your bloodstream. Eventually your pancreas (the organ that makes insulin) may become exhausted and unable to make enough insulin. Then your blood sugar levels remain high all the time, leading to type 2 diabetes.”

So what should we be drinking? According to Innes, artificially sweetened diet cool drinks aren’t the answer. “They don’t contain sugar, so they won’t raise your blood sugar levels the same way that sugary drinks do. However, they do contain other chemicals, such as artificial sweeteners, which are not beneficial for our health,” she says.

Water and herbal teas are the healthiest options, but they can seem rather dull in comparison with all the more flavoursome options. “Water doesn’t have to be bland,” says Innes. “On a hot day, drink water with lots of ice and add slices of strawberries, cucumber, mint leaves and ginger. When it’s cold, try hot water with lemon and ginger,” she says. Adding a cinnamon stick to a cup of tea can also add some sweetness without the need for sugar.

Likewise, opt for unsweetened dairy products, such as plain milk or plain yoghurt. “Some of the sugar in flavoured dairy products is naturally occurring milk sugar (lactose), but the majority is added sugar,” she says. “Rather drink a glass of plain milk, or make a smoothie with plain yoghurt and chopped fresh fruit.” 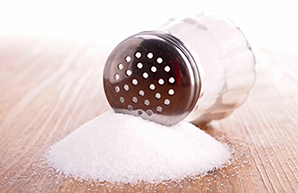 Look out for the hidden salt and sugar in your diet

Reduce your risk of ‘lifestyle’ diseases by steering clear of hidden salt and sugar. 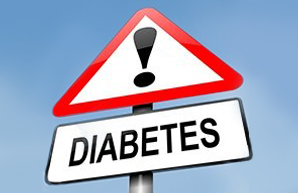 Are you at risk of diabetes?

Diabetes is on the rise internationally – here's what you need to know.