Everything you need to know about detecting skin cancer

With early detection, skin cancer – even malignant melanoma – can be stopped in its tracks. Here's what you need to know. 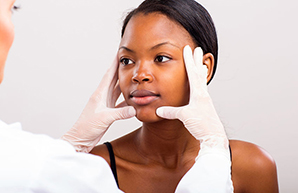 Get in front of the mirror!

Regular self-examinations – particularly for those over the age of 40 – are the surest way to detect skin cancer before it begins to spread. “A self-examination may help in determining where moles, freckles and other skin marks are on the skin," explains Professor Michael Herbst of the Cancer Association of South Africa (CANSA). "One can then, on a regular basis, inspect one's skin with the purpose of noticing any changes. It is best to do this standing in front of a full-length mirror while using a hand-held mirror to inspect hard-to-see areas."

You probably won't remember where all of your moles and freckles are, so draw a rough figure on a piece of paper and make notes about your spots so that you can track changes from one year to the next.

Recognising the signs of skin cancer

Here's what you need to look out for:

First, the dermatologist will conduct a physical examination. He or she may use a technique called dermatoscopy (using a special magnifying lens and light source) to see the skin more clearly. If the doctor finds a suspicious growth, they will do a skin biopsy so that a sample of the skin can be sent to a laboratory for analysis.

"During this procedure, the doctor will numb the area before removing a tissue sample," explains Herbst. "There are several different biopsy methods, but removal of the entire growth through an excisional biopsy is often sufficient to remove a squamous cell carcinoma. Other types of biopsies include a shave biopsy, in which the doctor shaves off the top layers of the lesion, and a punch biopsy, where the doctor uses a special tool to cut a tiny round piece of the tumour, including deeper layers of the skin."

Depending on the suspected type of cancer, the doctor may also perform other tests. The doctor will probably check nearby lymph nodes in case the cancer has spread and may even biopsy the lymph nodes.

"In very rare cases where it is suspected that the cancer has spread, other imaging tests such as X-rays, computed tomography (CT) scans or magnetic resonance imaging (MRI) scans may be used to determine if cancer cells have spread to internal organs and bones," says Herbst. 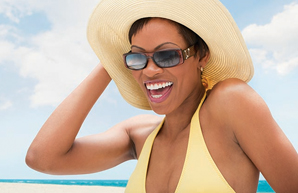 How to protect your skin properly

Free radicals can cause serious skin damage. One dermatologist explains how to protect your skin effectively. 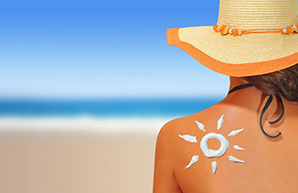 5 things you need to know about skin cancer

Protect yourself and your family from the ravages of the sun and skin cancer with this vital info.