Hepatitis affects millions of people. Here’s what you need to know about this disease. 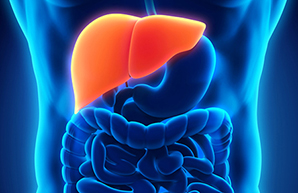 Hepatitis is an inflammation of the liver, most commonly caused by a viral infection from hepatitis viruses A, B or C. Unfortunately, the disease may present with little or no symptoms, and people can be infected without knowing it. Depending on the type of infection, hepatitis can clear up with few or no complications or, in severe cases, cause chronic liver disease, such as cirrhosis and cancer.

‘HAV is more prevalent in small children,’ explains Dr Nishi Prabdial-Sing of the National Institute of Communicable Diseases (NICD), ‘with around 20 percent of the South African population being previously infected.’ Most cases of HAV are mild and non-threatening and result in a full recovery. In rare cases, severe dehydration, liver damage or liver failure may occur.

HAV is spread when faecal matter containing the virus is ingested. It can also be spread by drinking contaminated water and eating contaminated food (especially undercooked shellfish). Contamination is more likely to occur in high-risk areas where sanitation and hygiene levels are poor.

Diagnosis of all forms of hepatitis is tricky as it presents with little or no symptoms, especially in children. Adults may experience ongoing flu-like symptoms and fatigue, which may develop into jaundice (yellow colouring of the skin and eyes), abdominal pain, nausea and vomiting. Once a diagnosis has been made, treatment is supportive, and usually involves rest and good hydration.

Dr Prabdial-Sing recommends the HAV vaccine for anyone (over the age of one) travelling regularly to areas where the prevalence of the disease is high, for example in developing countries. She also recommends washing your hands thoroughly with soap and water after using the bathroom, before preparing and eating food, and after changing nappies. ‘Travellers should also remember the rule of “boil it, peel it, cook it or forget it” to ensure they do not eat contaminated food or water,’ she adds.

HBV is endemic to South Africa and affects about 10 percent of the population (5 million people). ‘It is a blood-borne virus, which is spread by exposure to infected blood and blood products, through contaminated needles or syringes and open wounds. The infection can also be spread from mother to child (during birth) and by sexual contact with an infected person,’ Dr Prabdial-Sing explains.

As with other forms of hepatitis, there may be no symptoms at all, which means people could be carrying the disease for years without knowing. It may last for six months or manifest as a chronic lifelong liver infection, resulting in cirrhosis or liver cancer.

In South Africa, HBV vaccinations are provided to babies at six, 10 and 14 weeks of age as part of the country’s immunisation programme, but Dr Prabdial-Sing also recommends the vaccine for frequent travellers and healthcare workers who have not been vaccinated.

According to the NICD, about two percent of the South African population is affected by HCV. Like HBV it is a blood-borne virus that is transmitted via contaminated syringes and needles (including unsterilised tattoo and body-piercing equipment), blood products, via open wounds and sexual contact with an infected person. Once diagnosed, antiviral drugs may be prescribed for both HBV and HCV, but this would depend on the patient’s medical history, the type and severity of the viral infection, and whether or not liver damage has occurred.

In its chronic form, hepatitis can be a life-changing illness, which requires ongoing monitoring and testing. If you feel you might have been exposed to a hepatitis virus, it is wise to visit your GP for a blood test.