How to avoid epileptic seizure triggers

Knowing what precipitates an epileptic seizure will help you lessen the chances of it occurring again. 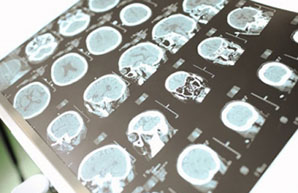 Epilepsy is a neurological condition best known for its recurrent seizures among sufferers. The exact cause of epilepsy is unclear, but it can be genetic or the result of a severe head injury, brain tumours, stroke, or brain infections such as meningitis.

While it is easily and reliably treatable with relatively inexpensive medication, actively managing the condition is still very important, especially when it comes to identifying so-called ‘triggers’. “Triggers are situations that can bring on a seizure in some people with epilepsy,” explains Karen Robinson of Epilepsy South Africa.

Being able to spot these triggers will help you lessen the chance of getting a seizure, or be better prepared for when one does occur. “If you can identify the factors that have the greatest influence on triggering your seizures, you can help yourself a great deal by trying to avoid those things as much as possible,” says Robinson.

While triggers differ from person to person, common triggers include lack of sleep, stress, alcohol or drug use, an unhealthy diet and low blood sugar, excessive caffeine intake, certain medications or not taking medications, and also poor physical health, reports the US Epilepsy Foundation.

Flashing bright lights, visual patterns, or loud noises may trigger seizures in those with reflex epilepsy, a kind of epilepsy where seizures are consistently triggered by a certain trigger, although this only affects a small percentage of people with epilepsy.

To help you identify your triggers, Robinson suggests keeping a seizure diary where you note the details of seizures, when they occur, the severity, the type and dosage of medication you’re on at the time, and the general events that surrounded them.

“Taking an active role in your epilepsy can be an important part of helping to reduce your seizures and feel more in control of your condition,” stresses Robinson. Educating yourself about epilepsy is important, as it will allow you to make more informed choices, and more constructive conversations about the condition with your doctor, epilepsy nurse, or pharmacist.

Robinson says that improving your overall wellbeing can also contribute to reducing the occurrence of seizures. Things like following a healthy, balanced diet, staying active, sleeping well, finding ways to manage stress, and even psychotherapy are all ways to help increase your general wellbeing.