Is diet affecting your gout?

Paying attention to what you eat can go a long way to managing and reducing painful gout flare-ups. 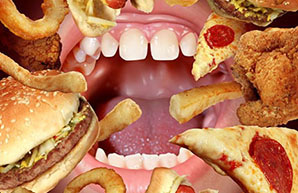 Gout is a chronic and painful condition that occurs when high levels of uric acid in the blood (hyperuricemia) produce needle-like crystals that deposit in the joints. ‘Uric acid is the final product of purine metabolism in humans,’ explains Mike Boddy, CEO of The Arthritis Foundation of South Africa. "Purines occur naturally in the body, but are also found in a variety of foods, such as organ meats, anchovies, herring, asparagus and mushrooms." While a gout-friendly diet isn’t a treatment for gout, "it can certainly help control the production and elimination of uric acid, which may prevent attacks or reduce their severity," Boddy adds.

Alcohol is a major culprit for two reasons: it increases urate production and interferes with its excretion, Boddy explains. "Alcoholic beverages also contain some amount of purine that gets converted to uric acid. Beer has the highest purine content and is the most likely to cause hyperuricemia and therefore gout flare-ups."

Other foodstuffs to avoid include:
• Organ meats, such as liver, kidney and sweetbreads
• Shellfish, such as crab and lobster
• Asparagus, cauliflower, spinach and mushrooms – these have a higher purine content than other vegetables
• Beverages sweetened with high-fructose corn syrup
• Turkey and goose meat
• Red meat – beef, pork and lamb are generally higher in purines

While Boddy concedes there aren’t foodstuffs that act as a "magic bullet" for gout, he advises that sufferers follow "a well-balanced diet, avoid foods high in purine content, and limit their intake of saturated fat and alcohol". In addition, he recommends:
• Exercising and watching your weight – obesity is a risk factor for gout.
• Adjusting fish intake and considering taking high-quality fish supplements as the purine content in these oils in undetectable, or present in trace amounts that pose no risk of raising uric acid levels. You’ll find a variety of fish oils at Clicks in the aisle containing health supplements.
• Opting for skimmed milk and other low-fat dairy products.
• Vegetables, nuts and legumes – these are good sources of non-uricemic protein (just be mindful to avoid the vegetables mentioned above).
• Taking your medication as prescribed.

Chat to a Clicks pharmacist for advice if you’re still experiencing gout flare-ups despite following a healthy diet and taking your medication. 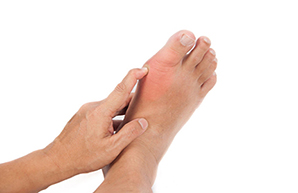 There is much conflicting information about gout. Learn the truth here.