If you regularly get headaches, you might be one of a surprising number of undiagnosed migraine sufferers. 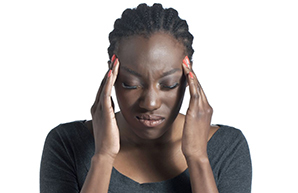 How to beat the pain

Drugs can help manage migraine pain or prevent it, but if they’re used inappropriately or in excess, they can make your headaches much worse.

As someone who suffers from muscle tension and migraines, Gillian Chapman (38), a digital magazine sales manager, responds well to medication and stress release. “I found a combination of over the counter pain medication that works. Regular back, neck and shoulder massages have helped too. I’m also more conscious about not bottling my feelings up and addressing emotional issues properly so they don’t culminate in Armageddon in my brain,” she says. “I used to take painkillers every other day, now if I take them once a week it’s a lot,” says Gillian.

The danger of using over the counter medications on a regular basis is that you can develop an overuse and dependency problem, for which one of the symptoms is, ironically, more frequent and more severe headaches.

The International Headache Society and the World Health Organization say taking headache tablets more than twice a week puts you at great risk of developing “medication overuse headache”, which is defined as a downward spiral into constant unrelenting headache or migraine pain coupled with an addiction to painkillers.

“In addition to dependency and rebound headaches, other side effects of excessive long-term use of analgesics are renal failure, liver failure, ulcers, and gastric bleeding,” says Dr Lawrence Tucker, neurologist at the division of neurology at the University of Cape Town and Groote Schuur Hospital. If you are popping painkillers for relief several times a week, you would be advised to go onto prophylactic medication, says Dr Tucker.

Some drugs originally developed for epilepsy, depression or high blood pressure are also used to treat migraines. “In contrast to analgesics, these agents must be used daily for a course of at least six months and have far fewer side effects,” says Dr Tucker.

Botox may be useful for some patients who suffer from muscle tension migraines although this treatment remains unproven – it works by paralysing the muscles that cause pain.

“Recognising my migraines for what they are and taking anti-epileptics over the last six months has changed my life,” says Carolyn. “When I was 22 and 23 I had a migraine almost every day. Making lifestyle changes like regular chiropractic sessions, dry needling to release tension and watching what I eat helped me enormously, but I still routinely had about eight attacks a month. Since starting the medication I’ve had only four attacks in six months.”

Another option for those who suffer from muscle stress-related migraines are oral appliances fitted to the palate in order to alter the posture of lower jaw, releasing tension in the jaw, face and neck. “These are only useful in a small minority of people who grind their teeth at night and develop problems with the joint between the jaw and the skull,” says Dr Tucker.

“There are numerous abnormal physiological processes that occur in your brain when you develop a migraine, including abnormal function of brain cells, changes in brain metabolism and chemistry, changes in the arteries in your head, and so on,” explains Dr Tucker. Some people who suffer vascular-related migraines report benefiting from surgical procedures which cauterise the arteries in the structures surrounding the skull, but this treatment remains very controversial.

For the most part, ongoing migraine pain is unnecessary. When a migraine attack is correctly diagnosed and properly treated, it can mean a return to a better quality of life. Studies over 10 years on patients with all types of severe headache found that they could say so long to migraine pain if they found a doctor, stuck with a prescribed programme, and made lifestyle changes.

Certain key nutrients can also make a huge difference when treating the cause of your migraine attacks. Naturopath Dr Melissa Brown suggests these: 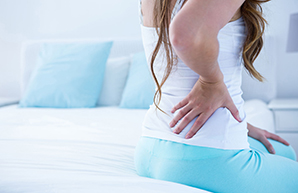 How to treat a headache or back ache

Are you using the correct medication when pain strikes?