‘My battle through anorexia – and back again’

Anorexia stole Angela Engelke’s adolescence, and more. This is her story. 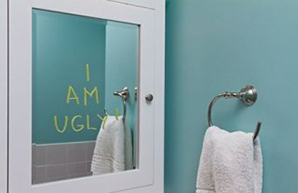 At 40 years old, Angela Engelke leads a full life. With a demanding job in television production, a happy marriage and a vivacious five-year-old daughter, one might say she has it all. But Angie hasn’t always been so happy. As a teenager she started suffering from anorexia, which threatened her happiness, health and fertility. This is the story of her journey…

I was 14 years old when government nurses came round to our high school to do health checks. They had us strip down to our underwear for an inspection, and when it came to my turn, my problem was immediately evident. Weighing in at 35kg, I was skin and bone. I was covered in bruises and a fine, downy hair covered my body. When I told the nurse about my chest pains, constant aching and lack of periods, her diagnosis was clear: I had anorexia nervosa.

Due to an extremely long waiting list at Tara, the top eating disorder treatment facility in Johannesburg at the time, I began outpatient therapy instead. I saw a doctor, who was considered a top authority in eating disorders, a nurse who visited me for weekly check-ups, and I spent long hours talking with my therapists.

I recall at the time feeling a sense of numbness and indifference and a fierce desire to retain control over what I ate. The grumble in my tummy gave me a sense of control, and counting kilojoules to see how few I could get by on, became a game. Seeing a lower number on the scale came with a great sense of achievement.

I was made to stop any form of exercise because of the risk of a heart attack or other strain on my fragile organs – this was absolute torture for me. My goal weight was 45kg – I look back now and wonder how that was even possible.

I was put on a weight-gain plan and all meals were completely formalised. What my mom ate, I ate – I had lost all perspective on what a ‘normal’ plate of food was. This was the grounds for a daily battle for control. Between meals, I took meal replacement supplements.

A long road back: Recovering from anorexia

In around two years, I hit my goal weight, in no small way due to my mother’s sheer determination and commitment to me getting better. She was my greatest source of strength, which was very confusing at the time, as her own body issues had influenced my condition so much.

I’d like to say that’s where my journey with anorexia ended, but the truth is that I’ve continued to struggle with it through much of my adult life. It’s only been since the birth of my daughter, Ava, that I’ve really wanted to focus on having a healthy relationship with my body. I look at this beautiful, precious child and know that I don’t want her to go through the same pain and torment that I did. And how can I expect my child to love her body, if I don’t love mine?

I look back now and mourn the part of my youth that I lost to this terrible disease. But I console myself that it was a part of my journey of who I have become now.” 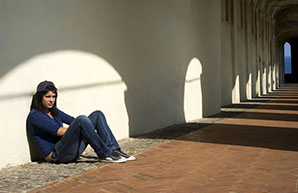 4 tips for coping with your child's anorexia

We look at ways you can help them through this difficult challenge. 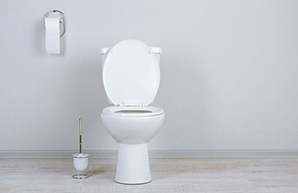 Bulimia is an eating disorder that makes you feel like you’re in control, when you’re anything but.