New hope: colorectal cancer studies you should know about

This is the most common cancer that affects adults worldwide. We take a look at the latest groundbreaking research. 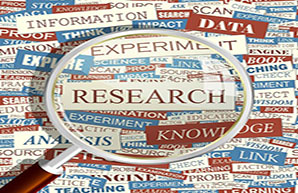 Most people with a family history of colorectal cancer, which is also known as colon or bowel cancer, do not get screened for the disease early enough, according to a new study conducted by the American Cancer Society, and published on 21 May 2015 in the journal Preventing Chronic Disease.

While those who have a close relative with colon cancer should start getting screened at the age of 40, only 38 percent of these people do so between the ages of 40 and 49. People with a family history of colon cancer are at increased risk of developing the disease, and early detection can greatly improve the chances of successful treatment.

Researchers at Nanyang Technological University in Singapore and Karolinska Institutet in Sweden, have found that a chemotherapy drug currently used to treat leukaemia could help to control the growth of colorectal tumours.

In fact, on testing it was found that the drug was able to halve the growth of intestinal tumours. The finding is a breakthrough in the research of colorectal cancer, as there is no drug currently available to prevent tumours in the intestine from reoccurring after they have been surgically removed.

Overweight teens are at a higher risk

Research published on 25 May 2105 in online journal Gut has found that overweight teenagers may be at double the risk of developing colorectal cancer by middle age than those of a healthy weight.

The study found that those who were overweight (with a BMI of between 27.5 and 30) when they first entered the study were twice as likely to develop colorectal cancer as those with a healthy BMI (18.5 –25). Those who were obese and had a BMI of more than 30 had a 2.38 percent higher risk of developing the disease.

While adult obesity has been associated with an increased risk of colon cancer for some time, researchers agree that further research on the link between the disease and obesity in adolescents is necessary as this was an observational study.

Alpha-amanitin, a toxin derived from poisonous “death-cap” mushrooms is being considered as a possible cancer treatment. According to a study conducted at The University of Texas MD Anderson Cancer Centre in the US, and published in the April 2015 issue of Nature, researchers attached the toxin to an antibody that binds to a protein abundant in human cancers such as colon and breast cancer.

When injected into mice, the poison-filled antibody resulted in tumour regression and the animals did not experience any organ damage. As the poison is highly toxic, particularly to liver cells, the dosage in humans would need to be carefully calculated.