A local team has identified a gene that causes sudden death in young people and athletes. 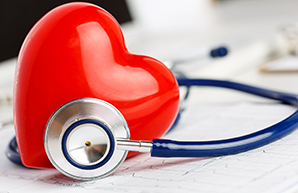 South Africa has one of the highest incidences of cardiovascular (heart) disease in the world. “Of all deaths here in 2014,16% were due to heart disease and strokes,” says Gabriel Eksteen, Heart and Stroke Foundation dietician and exercise physiologist.

However, now we have another altogether happier claim to fame: a three-woman research team from the University of Cape Town’s (UCT) Hatter Institute for Cardiovascular Research in Africa has helped make world history by identifying a gene that increases the risk of heart disease and cardiac arrest, especially in young people and athletes, potentially helping save countless lives in the near-future.

Drs Gasnat Shaboodien, Maryam Fish and Sarah Kraus were in a team headed up by Professor Bongani Mayosi, dean of UCT’s Faculty of Health Sciences, along with researchers from the Italian Auxologico Institute of Milan and the University of Pavia. [See the study here: http://circgenetics.ahajournals.org/content/10/2/e001605]

“This is probably the biggest breakthrough in South African cardiology since Dr Chris Barnard’s first heart transplant,” said Professor Mayosi, when the research was published recently in March in the journal Circulation: Cardiovascular Genetics.

The CDH2 gene occurs in everybody, but the researchers discovered a mutation in this gene responsible for a genetic disorder known as arrhythmogenic right ventricle cardiomyopathy (ARVC) that raises the risk of heart disease and cardiac arrest and sudden cardiac death.

This mutated gene does this by replacing muscle cells in the right ventricle of the heart with fibrous and fatty tissue, leading to an irregular heartbeat (arrhythmia) and possibly loss of consciousness. “Unless there's quick medical intervention, this can cause heart arrest and sudden death,” says Dr Shaboodien.

The gene is thought to play a major part in the sudden deaths recorded in young, otherwise healthy people under the age of 35, including athletes and sportsmen and women. It’s rare – according to the Mayo Clinic, just 1 in 50 000 sudden cardiac deaths a year occur in young athletes – but prominent cases of ARVC deaths include Spanish footballer Antonio Puerta, who collapsed on the field and died at age 22 a decade ago, and English footballer Matt Gadsby, who died in a similar fashion at 27. Similar cases have been recorded in South Africa during sports events such as at the Comrades Marathon in 2014.

“The CDH2 gene was discovered by studying members of a South African family affected by ARVC,” says Dr Shaboodien. Their genes were sequenced and the genetic mutation responsible for the disease was eventually isolated. The finding was validated when the researchers found a second mutation on the same gene in another ARVC patient in a different family.

“This will now allow doctors to identify members of families who may be unknowing carriers of the disease,” she says. Once doctors identify a family member with the mutated gene, they can test the rest of their family in weeks. If anyone else is found to have it, they can be advised on ways to change their lifestyle to help prevent the disease.

These could include eating a heart-healthy diet, exercising regularly but carefully (possibly avoiding competitive sports), quitting smoking, and monitoring their health.

Sudden death signs to look out for

Sudden death mostly occurs with no warning, but signs to be aware of are:

Get emergency medical help at once.

Clicks Clinics can help you prevent or manage heart disease with their wide range of screening tests. These include:

Make use of the convenience of online shopping to source trusted products selected by Clicks pharmacists to manage your heart health and blood pressure. 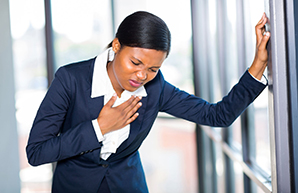 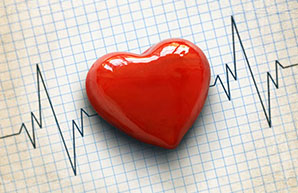 Are your heart palpitations harmless or harmful?

Heart flutters can be caused by an array of physical and emotional catalysts. When are they a cause for concern?