What not to say to someone with chronic fatigue syndrome 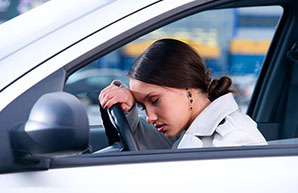 If someone you know has been diagnosed with myalgic encephalomyelitis (ME), the temptation to tell them everything you (think you) know about the condition may be overwhelming. While support is welcomed, here’s what you shouldn’t be saying…

No, says Kim (47), an ME sufferer who was diagnosed at 38 after a long period of unexplained illness. “It’s much more than fatigue. It affects you neurologically, affects your immunity, and rest doesn’t cure it. It affects your whole life.” Kim urges that people educate themselves on the symptoms before making uninformed comments.

According to Alice*, who is also an ME sufferer, it is proven to be an organic illness. She explains that she contracted ME after not recovering properly after a bout of swine flu and that while doctors don’t always understand what causes it, it can be linked to physical trauma.

“The worst is when articles are published wherein exercise is recommended and friends/family tell you this will work,” says Kim. Alice concurs: “It’s a gross oversimplification that exercise helps. In fact, you need to do less first and the difficult thing for many people is actually to stop overdoing it.”

Aside from the fact that there have been those who have been driven to suicide by ME, says Alice, “as a doctor I know that the illnesses that kill you are not the worst – it’s the ones that make you suffer horribly and go on and on.”

Kim explains, “Friends and family think you are okay because you look okay. They also think you are lazy or looking for sympathy whereas symptoms fluctuate in severity – you could feel fine in the morning and then suddenly feel awful.”

Both Kim and Alice emphasise that there is currently no known cure for ME, but that doesn’t mean misconceptions don’t abound in medical circles too. “Doctors that charge exorbitant fees and claim they can cure ME are referring to other underlying conditions that manifest as fatigue,” explains Kim.

While it can’t be cured, Alice says it can improve – “maybe not totally, but a whole lot.” With the right treatment some sufferers are able to lead near-normal lives.

Alice explains that the most important thing to say to someone with ME is “Do you want to talk about it?” Compassion, an open mind and willingness to try to understand the disease, and being understanding when the sufferer would prefer not to discuss it are some of the greatest ways in which you can show your support.

* Not her real name. 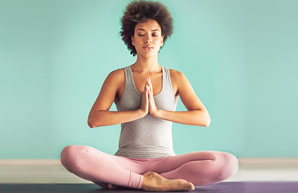 How mindfulness meditation can make you healthier

Studies show that this meditation has both physiological and psychological benefits. 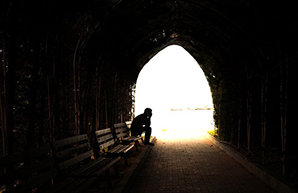 7 red flags that may signal a depression relapse

Learn to spot the warning signs before you sink back into depression.