What to expect during – and after – cataract surgery

Why you don’t need to fear this common medical procedure. 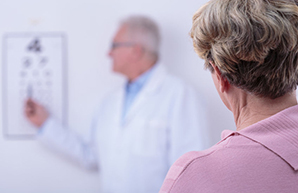 Approximately 50 percent of people over the age of 60 are affected by cataracts, which are the commonest cause of reversible blindness.

When you have a cataract, the natural lens in your eye becomes clouded, which causes a blurred image on your retina and can eventually lead to blindness. Cataracts cannot be prevented, and surgery is the only option for treating them permanently. According to Dr Malcolm Carey, an ophthalmologist in Ballito, KwaZulu-Natal, surgery is usually indicated when the visual impairment caused by the cataract interferes with your daily activities.

This painless surgery basically involves removing the clouded natural lens and replacing it with an artificial lens. The surgery can be done under topical anaesthesia, which involves putting eyedrops and a little bit of anaesthetic in your eye. You'll also be given a sedative to remove any anxiety.

"A micro-incision will be made, through which a tiny ultrasonic probe will be used to break up the cataract into microscopic particles using high-energy sound waves," explains Dr Carey. "This process is called phacoemulsification. The microscopic particles will be gently suctioned away. Then, a folded intra-ocular lens will be inserted through the micro-incision, unfolded and locked into permanent position. The small incision is self-sealing, and usually requires no stitches."

The benefits far outweigh the risk

A few decades ago, cataract surgery was risky and usually included a lengthy stay at the hospital; these days, however, the operation has improved so dramatically that you don't even need to spend the night in hospital. "Cataract surgery is one of the most elegant and effective surgeries to be performed in medicine today," says Dr Carey. "The risks are very very low and, in most cases, the benefits far outweigh any risks."

According to Dr Carey, you can divide the risks up into intra-operative risks (things that go wrong during the surgery) and post-operative risks. The most significant intra-operative risk involves the rupture of the little capsule or membrane that surrounds the lens – normally this doesn't really affect your vision, but it does take a few days longer to recover.

"The most visually devastating, but incredibly rare significant risk is a post-operative endophthalmitis (severe inflammation of the anterior and posterior segments of the eye) and that will occur in only about 1 in 10 000 patients. We use intracameral (inside the eye) antibiotics at the end of surgery to reduce the risk of this, as well as post-operative antibiotic eyedrops,” explains Dr Carey.

However, specific risks do vary from one patient to the next, and your ophthalmologist will discuss these in detail with you prior to surgery.

What you need to do after surgery

After the operation, you may go home as soon as you feel comfortable, says Dr Carey. “Driving is restricted for the first few days after surgery, but you may resume other normal tasks such as watching TV. Special care should be taken not to press on or rub the eye during the first week after surgery, and a clear plastic shield is used at night for the first week. We normally say mild exercise, such as golf, can be resumed about a week to ten days after the operation, but you can't swim for three weeks."

Most patients recover quickly, and will be able to see at their best after three days. Your eye might be a little light-sensitive and uncomfortable for a few days, and you'll be required to use drops for about two weeks after the operation — that is, an anti-inflammatory, cortisone drop, as well as an antibiotic four times per day to prevent any infection.

The possibility of improved eyesight

In addition to getting rid of the blurriness caused by the cataract, it is possible that your eyesight might actually improve after the operation. When the surgeon replaces your natural lens with the intra-ocular lens, the latter can be created to meet the precise needs of your eye, possibly correcting any problems you might have had with your eyesight such as short-sightedness.

"With modern technology, the risk of refractive outcome is very good," explains Dr Carey. "This means that if we want to leave the patient seeing well for distance, we can generally be very accurate about that in most cases with the pre-operative evaluation."

However, Dr Carey warns that even if the operation is successful, your vision might not be perfect. "This is usually due to changes in the retina of the eye. The retina is the equivalent of a film in a camera. If the film is damaged, a clear picture is not possible even if new lenses are added to the front of the camera. At this stage, it is, unfortunately, not possible to treat some of the changes in the retina that older people experience. This will be discussed with the patient preoperatively."

Are you covered by medical aid?

All medical aids cover the surgery as it is a Prescribed Minimum Benefit condition, and so it needs to be covered by law. While some doctors will charge medical rates, many top specialists charge higher fees to cover the costs of expensive state-of-the-art technology — both in pre-operative evaluation and also intra-operative equipment. 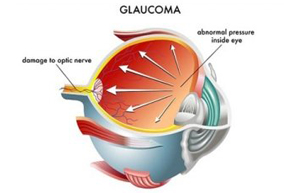 We bust the most common myths about this eye condition so that you know what to look out for. 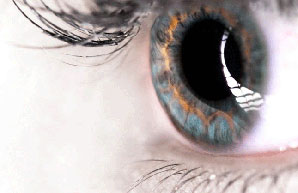 'I didn't know I had glaucoma'

Johannesburg-based health coach Lee Potgieter (49) was diagnosed with glaucoma in 2008.