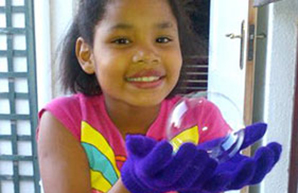 On 12 December 2009 Cheryl and Shaun Brougham-Cook received the heartbreaking news that their two-and-a-half year old daughter, Grace, had acute lymphoblastic leukaemia. “She hadn’t been feeling well for about a month,” recalls Cheryl. “She was tired, she started losing weight, and she had a low-grade fever on and off.”

Grace also experienced pain whenever her parents tried to pick her up. “This was due to the fact that the cancer was in her bone marrow, so all her bones were aching, but she couldn’t tell us because she was too little,” says Cheryl. “She had been treated for a bladder infection the previous week, but the day after she completed the course of antibiotics the fever was back – and so was the pain!”

They took Grace to their paediatrician, who immediately sent her for scans and blood tests. Two hours later they were informed that their precious little girl was very sick.

“Our lives changed in an instant, and life as we knew it ceased to exist for the next two plus years. Grace was immediately admitted to Netcare Blaauwberg Hospital, in Cape Town and transferred to Red Cross Children’s Hospital Oncology Unit the next morning. After a bone marrow biopsy and lumbar punch, the diagnosis was confirmed, and because she was high risk, she was given the highest chemotherapy protocol that her little body could take.”

Cheryl cites the amazing doctors and staff at Red Cross Children’s Hospital Oncology Unit, the support of family and friends, and her family’s strong faith for getting them through the next two-and-a-half years with their sanity intact. “We spent more time in Red Cross than we did at home in the first year. As a result of Grace’s strong treatment she was often neutropenic, which means she basically had no immune system to fight infection. At times we had to wait up to three weeks for raging fevers to subside. Grace remained a remarkably happy little girl throughout the ordeal, and never complained!

“April this year marks the third anniversary of Grace’s remission, and although we still have two years of routine blood tests to go, she lives life to the full and never misses an opportunity to love and serve others unselfishly – she is a delight to all she meets.”

Cheryl has the following tips for parents whose children have been diagnosed with a disease: 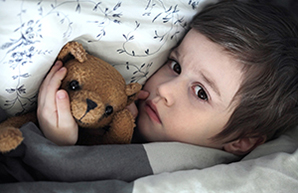 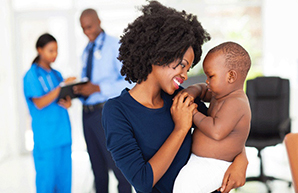 How to prepare your toddler for a hospital stay

Does your toddler have a hospital stay scheduled? Here are some tips to help reassure them in this unsettling time.