What you should know about the high cost of Herceptin 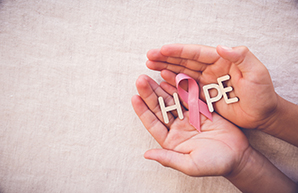 This Breast Cancer Awareness month, we place the cost of the life-saving medication Herceptin under the spotlight

With all the scientific breakthroughs that have been made in the fight against cancer, these days it’s often not a lack of effective medicine that is contributing to the disease’s mortality rates but the financial burden of paying for the necessary treatment. A case in point is the anti-breast cancer drug trastuzumab, sold under the brand name Herceptin by the pharmaceutical company Roche.

The drug is as known for the controversy that surrounds its price as it is for the greater chance at survival it offers women with HER2 receptor-positive breast cancer (HER2 positive). A recent statement by the Treatment Action Campaign (TAC) indicated that using Herceptin in addition to chemotherapy improved the chances of survival by 37% in women with early or locally advanced breast cancer. However, a treatment course can cost between R200 000 and R500 000, meaning that even those with medical aid often cannot get treatment covered in full and impoverished women are more likely to succumb to the disease because of lack of access to the drug.

Why is it this expensive?

Herceptin is part of a class of drugs called monoclonal antibodies, which are engineered to mimic the body’s own immune response, powering up the immune system to better attack the invading cancer. In the case of Herceptin, it works specifically on the HER2 gene, present in abundance in some breast cancers, by attaching itself to HER2 receptors on the cancer cell and blocking the growth signals as well as stimulating an immune attack. This type of drug is incredibly expensive to research and develop, with costs often running well into the millions, so the developing company is granted sole rights to produce the drug for a period of time in order to recoup these costs. To this end, the trastuzumab developer, Roche, holds multiple patents on the drug in South Africa. Effectively, what this means is that they have a monopoly on the distribution of Herceptin here until 2033.

What can be done?

Lobby groups and activists from organisations such as the Treatment Action Campaign, Cancer Alliance, Section 27 and Doctors Without Borders, as well as the very women who so desperately need the drug are challenging the high cost of Herceptin. Earlier this year a memorandum was handed over to Roche management demanding that Herceptin be made more affordable. Unfortunately, at this time, conclusive action has yet to be taken by the Swiss pharmaceutical giant. Their statement released to the media asserted: “We have offered the Department of Health a significantly reduced and cost-effective treatment option. This option supports the testing of breast cancer patients in the public sector, and if positive for the HER2 gene, makes trastuzumab available for the treatment of these patients. A final agreement has however not yet been concluded.”