More and more children are being diagnosed with attention deficit hyperactivity disorder. 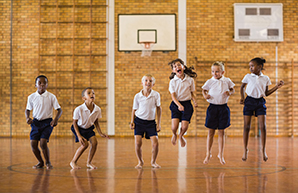 Despite everything that’s been written about ADHD, there is still no international consensus on its prevalence. One thing most experts do, however, agree on is that this hotly-debated condition is on the rise. In the 1980s around one in 20 children was diagnosed with it; today that number is estimated at one in 10, according to the Attention Deficit and Hyperactivity Support Group of Southern Africa (ADHASA). The difficulty in assessing its prevalence is that there is still no single definitive biological or scientific test for ADHD, all there is to go on are the symptoms (read more here).

There’s also no certainty about the causes, although ADHASA now reports that these are largely neurological (an imbalance in certain neurotransmitters, especially dopamine), biochemical (a deficiency in prostaglandins), and genetic. Recent research at Kings College London suggests stress in pregnancy may also contribute. And some doctors and parents also suspect dietary deficiencies, food additives, drinking or smoking in pregnancy, and brain injuries to be factors.

But why is ADHD rising in prevalence?

Attention deficit disorder (ADD) has been around for about 60 years, says educational psychologist and past director of ADHASA Terry Wilke. It was initially diagnosed as minimal brain dysfunction, then as brain damage. But it was only after the 1980s, when ADD was diagnosed as a separate disorder, that it really became known.

Today awareness has spread widely through the internet, and the term favoured is ADHD – though it’s possible to have attention deficit (problems concentrating) without hyperactivity (overactive behaviour), or with other conditions, such as obsessive compulsive disorder (OCD), learning problems, depression and bipolar disorder. Through the internet, people are much more likely to identify symptoms today, and many do online tests or consult doctors with an ADHD diagnosis already in mind.

It’s estimated a million children in the US alone may have been incorrectly diagnosed. According to Dr Mary Ann Block, author of No More Ritalin, this is largely the result of some teachers and parents trying to control “natural childhood behaviour” that they’re unwilling or unable to handle. They also suspect a conspiracy by pharmaceutical companies, pointing to Ritalin and other ADHD medications being a multimillion dollar industry.

The rise of electronic media

According to research in the Biological Psychiatry journal, children who use digital devices such as smartphones shortly before bed take longer to fall asleep, sleep less, and have lower levels of melatonin (a hormone associated with sleep rhythms). And Mack Hicks, author of The Digital Pandemic, talks of electronic games as “electronic cocaine” because of children’s “stimulus-bound addictive responses” to them.

Children today generally have less structured lives, with parents working and being less hands-on, and with a trend to liberal parenting styles. Children tend to stay up later and get overtired and over-stimulated, says Hicks, increasing the chances of being diagnosed with ADHD.

Children with ADHD cope better when they play outdoors – according to studies at the University of Illinois, ADHD symptoms improved when children performed activities outdoors in green spaces. The researchers suggest this is because being in green spaces gives children a break from trying to focus their attention or block out stimuli.