What you need to know about your child's ADHD

Understanding your child's ADHD can make managing it a little easier 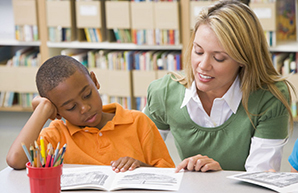 From the time he started Grade 1, St John Harley was disruptive in class, outspoken, and always in trouble. He was frequently punished by being sent to stand outside the classroom. The school also complained that his attention was on everything, and at the same time, on nothing. This meant that he wasn't very focussed academically. By Grade 4, an astute teacher realised that he wasn't just being boisterous or naughty but that something was wrong. It was a neurosurgeon who finally diagnosed Attention Deficit Hyperactivity Disorder (ADHD) when St John was 10.

Dr Frans Korb, a Johannesburg based psychiatrist, clinical psychologist, and ADHD specialist, says around seven percent of children worldwide are born with this neurobiological condition. And unfortunately it isn't possible to prevent it. In rare cases ADHD can result from head injuries or situations in which the brain is deprived of oxygen, but the majority of cases are genetic in origin.

As a parent of a child with ADHD one of the most important things to remember is that ADHD is a condition relating to the chemicals of the brain and no parenting method can create ADHD. But, as parents, identifying the condition and learning to manage it can go a long way in helping your child. Dr Anita Worrall, educational psychologist and director of the Pro Ed House School, a primary school for children with learning difficulties in Cape Town, emphasises the importance of early intervention. A thorough assessment done as early as possible can help you and your child successfully manage his or her condition.

"ADHD is often diagnosed and managed by a multi-disciplinary team consisting of a paediatrician, psychiatrist, and educational psychologist, as there are often issues with language, visualmotor skills and ,low energy levels too," says Dr Worrall.

It's important for parents to be well informed and to help their children stick to their treatment programmes.

ADHD is most commonly treated through a combination of medication and behavioural therapy. There are two main options for medication in South Africa: stimulants (Ritalin and Concerta) and a non-stimulant, named Strattera. Each drug works on different neurotransmitters, depending on the needs and response of the child. "It's important to remember that ADHD requires constant reassessment of therapy and ,medication," says Dr Korb.

Although there has been much controversy about ADHD drugs for children, the experts agree that medication is a vital part of treatment.

Given that ADHD is a chemical issue, medication is essential in aiding the body to compensate for low levels of certain neurotransmitters like dopamine and serotonin.

"These drugs are safe and most work quickly," says Dr Worrall. "A child who takes the appropriate medication is transformed. It makes an enormous impact on his or her ability to focus and take in information, as well as on fine motor control," she says. You might wonder why a hyperactive child who seems already over-stimulated would need a stimulant like Ritalin.
"It's a paradox," says Dr Worrall. "A hyperactive child has, in fact, not reached the state of arousal where he is best able to absorb information. Hyperactivity is his way of trying to get to that state," she explains. Children with ADHD also work with occupational therapists, speech therapists and educational or clinical psychologists. These therapies attempt to reduce problem behaviour and ease the frustration of all family members.

"ADHD is a very complex disorder, and conditions like depression or anxiety and displaying aggressive behaviour with an intent to bother people, are often also present," says Dr Korb. For parents, it's important to be well informed, and to help your children stick to their treatment programmes. And accept that treatment is a long-term commitment, 60 percent of children will carry their ADHD with them into adulthood.
St John (now 20) says that, on the plus side, ADHD helps him think quickly and make fast decisions. Having completed his matric, St John is now working towards restaurant management, and is planning an organic food gardening business. "I dig having ADHD!" he says.

Could your child have ADHD?

These are typical symptoms of ADHD in children 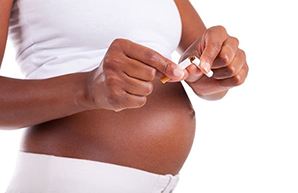 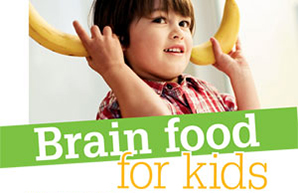 The best brain food for kids