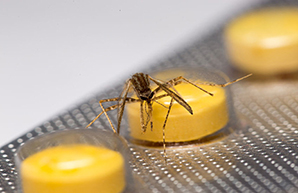 Kate Jackson, an international editor at health website ehospice.com, was conducting research in Cameroon when she contracted malaria. She relates her tough journey to health…

“For a couple of days I was slightly weaker than normal. I couldn't manage my morning run, for instance. Then we went on a research trip to a remote village and visited the local chief. During this meeting, I became weak and dizzy, and felt nauseous. My body started to heat up, so much so that certain parts, like my solar plexus and the back of my neck were really hot to touch and I was pouring with sweat. I also became delirious.

I took paracetamol for two days while we travelled back from the village, and then when we reached town, I went to the community health centre where I was given about four or five different pills. I can't remember what they were, I just remember a really surreal phone conversation with my mom, who’s a doctor. I was reading out the names of pills, and my mom kept saying: ‘No, change the dosage of that, don't take those, ask for these other ones...'

I spent a day or two in bed, wrapped in a big piece of material and sweating, until a doctor from the hospital came to take me for treatment. He diagnosed me with malaria and admitted me to the ward. They gave me a drip with quinine and I was in hospital for a few more days. All I had to eat were bananas which I couldn’t keep down, and there was no water for bathing.

I eventually got a seat on a commercial flight back to South Africa, and was admitted to hospital in Somerset West. They gave me medicine and a nutrient drip. After that I started to recover. It was at least a month before I felt strong again.

My advice to anyone travelling to a malaria area is to take your medication religiously! I didn't take it because I was scared that the side effects would be bad. But, malaria is worse. You can be as careful as you want by covering yourself up and sleeping under nets, but there's always a chance that one little mosquito will get in and then you're in trouble.

I'm really lucky that I had the resources to pull me out of that situation. If I’d stayed in the Cameroonian public health system, I might not have recovered. I was fortunate to be able to get on a plane, fly to South Africa and go straight into private healthcare where I got some of the best treatment in the world, a private room, a comfortable bed and working plumbing. It was a scary wake-up call to the inequalities in access to quality healthcare that exist in the world.”

Clicks Pharmacies stock malaria medication, so speak to your pharmacist for more information. 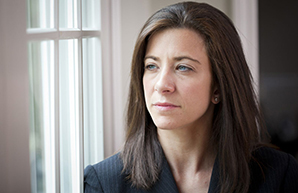 PCOS, coeliac disease and thyroid issues can be debilitating and are often misdiagnosed. 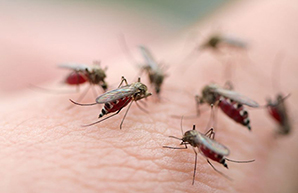