DHA is one of the key omega-3 fatty acids found in fatty fish – EPA (eicosapentaenoic acid) is the other.

Although the body doesn’t produce these fatty acids, DHA is essential for your health including your brain and heart function, and the development of your eyes and nervous system.

Interestingly, it is found naturally in breast milk and is commonly used in prenatal vitamins to boost its levels in pregnant women and their unborn babies.

In combination with EPA, its other benefits could include:

Docosahexaenoic acid deficiencies are associated with:

Its food sources include the following oily fish:

You should try to eat oily fish at least twice a week.

When it comes to supplements, researchers recommend you supplement your diet with 500mg of EPA plus DHA daily. People with suffer from heart disease should aim for nearly twice that amount, that is, 800 to 1000mg daily. However, first consult your Clicks pharmacist or doctor about the recommended dosage.

If you ingest too much DHA, its side effects include nausea, intestinal gas, bruising and prolonged bleeding as it thins the blood.

Shop online at Clicks.co.za for your omega oils

Clicks' pharmacists have selected the most trustworthy and affordable supplements for you. If you'd like to stock up on your monthly intake through the convenience of online shopping, go here for your omega oils. 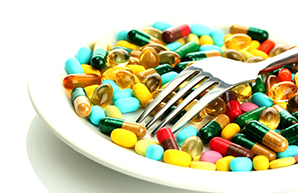 The supplements you need every day and why

Hereâs what you need to know to customise your daily intake of vitamins and minerals. 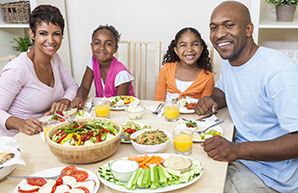 The vitamins you need for different life stages

As we grow, our vitamin requirements change. Here’s what you’ll need and when.