When your baby sleeps well, so do you. Try these tips. 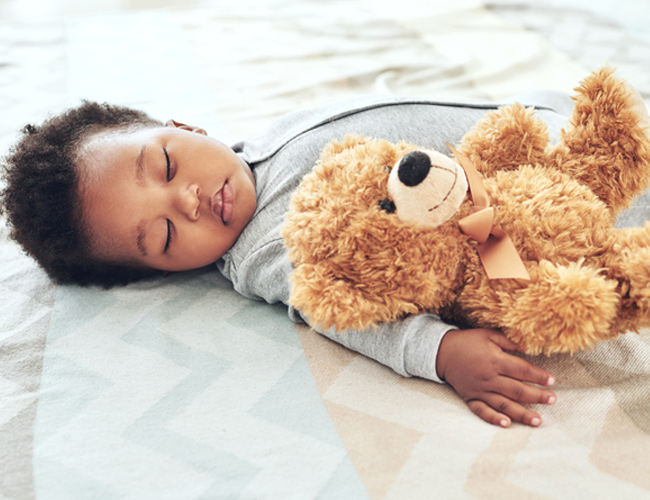 Newborns sleep on average 16 to 18 hours a day, and more than half that time is in eye movement (REM) sleep – which is essential for their rapid neurological and brain development, says Michelle Baker, a Durban clinical psychologist with a special interest in sleep.

In fact, research has linked broken sleep and overall shortened sleep before age 3 (by which time they need 10-13 hours) with lower cognitive performance, hyperactivity and ADHD. So be sure your baby gets his ZZZs. Besides, you’ll feel better rested and equipped to parent!

Limit your baby’s last day nap to less than two hours. Wake him, offer him a feed, and keep him awake – play and interact with him, says Baker.

Find a beadtime routine that works for you - and stick to it. This could be a bath, a gentle massage (with baby-safe oil), a last feed so he feels full and content, a story or soothing song, and a cuddle.

For his last nappy change, apply an extra layer of bum cream and fit especially absorbent nighttime nappies so you need to change – and risk waking – him only if he’s made a poo.

4. Consider moving baby into your room

This is controversial, says Baker, but the American Academy of Paediatrics recommends it for the first six month or year because it encourages breastfeeding, and helps your baby sleep for longer spells. It seems closeness may help regulate baby’s breathing and nervous system reactions.

Keep the area around his crib or cot free of stimulating distractions such as squeaky toys and musical mobiles. The cot should be for sleeping only, not a play zone.

If possible, fit a dimmer and darken the room at night to trigger his brain to release the sleep hormone melatonin. When it’s time to wake, turn the light up bright or open the curtains to let in the sun.

Rather than insisting on silence while he sleeps, and having him startle awake at any unusual noise, get him used to sounds by playing soothing music or white noise. Try a fan on medium (just don’t let it blow directly on him), or a radio tuned to transmit static. If you go to him at night, speak softly or not at all, and avoid eye contact, so as not to stimulate and wake him.

Babies (and adults) sleep better when slightly cool, so don’t overdress him or use thick blankets, says Baker. Opt for layers you can regulate. Choose natural fabrics.

Before four months, try swaddling baby firmly in a soft cloth. This can comfort him by recreating the gentle pressure of the womb, and prevent him from waking with the startle reflex all newborns have.

Don’t hurry to him at the first sign that he’s awake - rustling, babbling or crying. Give him a little time to resettle, so he can learn to soothe himself, Baker says. But if crying persists, never ignore it. Rather than pick him up, rest your hand on him soothingly or gently stroke him. 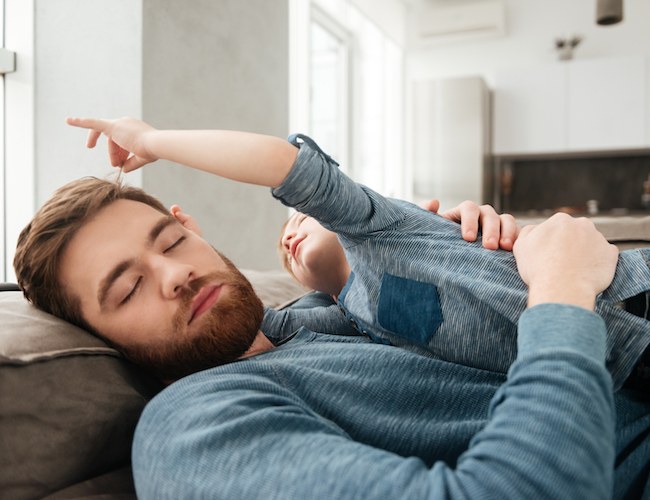 Is lack of sleep affecting your relationships? 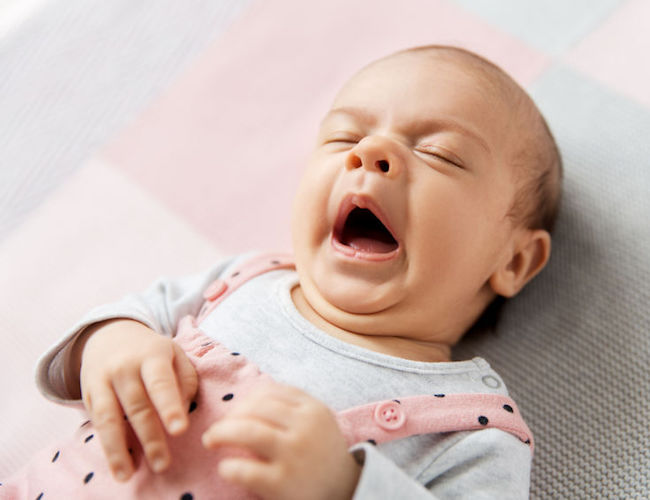 Tips to help your baby sleep later in the morning