Here are a few interesting things you might not know about later life. 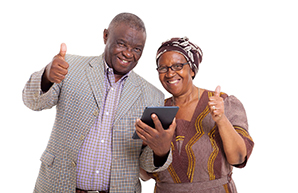 A recent Swedish study of 4 200 over-60s in Stockholm found that elderly people who stay active through regular gardening or DIY tasks are roughly 30 percent less likely to suffer strokes or heart disease than more sedentary senior citizens. Similarly, a University College London study of 3 500 men and women over 65 reported that pensioners who engage in regular light exercise – whether it’s pottering amongst plants, walking, dancing or washing the car – are two and a half times less vulnerable to developing severe long-term health problems than their less-active counterparts.

2. Cataracts can be treated successfully

In most cases, age-related cataracts can be successfully treated with a fairly simple operation to remove the opaque lens. In South Africa, there are several organisations and healthcare groups that provide pro bono surgery for those without the means to finance it, such as Life healthcare, Netcare, the Bloemfontein Eye Centre and Orbis, to name a few.

3. Your heart is busy

By the time the average person dies, their heart will have chalked up roughly three billion beats.

4. Our global population is aging

According to the World Health Organization (WHO), the global population of people aged 60 and older will surge from 605 million to two billion between 2000 and 2050. In South Africa, the number of older persons (60 years and over) is expected to increase from 3.28 million (as reported by the 2001 census) to 5.23 million in 2025.

5. Snoring increases in men and women

Sixty percent of men and 40 percent of women over the age of 60 will begin to snore when sleeping, due to breathing difficulties.

The NYU Langone Medical Center reported that, in six out of nine double-blind studies, Ginkgo biloba extract was shown to be significantly more effective at improving age-related mental decline than the placebo.

7. Abuse is a reality

Worldwide, elderly people are at risk for maltreatment. Approximately four to six percent of older persons in high-income countries have experienced some form of abuse – physical, financial or emotional – at home or in old-age homes. In South Africa, this problem is compounded by funding shortages for old-age homes. If you know or suspect an elderly person is being abused, you can call the toll-free Halt Elder Abuse Line (HEAL) anonymously on 0800-003-081.

Positive thinking is key to quality of life in older age. A 2012 study published in the Journal of the American Medical Association reported that “having a positive attitude may promote recovery from disability by limiting the cardiovascular response to stress, improving physical balance, enhancing self-efficacy, and increasing engagement in healthy behaviours.”

9. Depression must be managed

Conversly, depression has shown to correlate to health problems and deaths in the elderly. Contact the South African Depression and Anxiety Group (SADAG) on 011-262-6396 for assistance and advice on this topic.

10. Your life is far from over

In 2011, British national Fauja Singh ran the Toronto Waterfront Marathon in Canada, becoming the first 100-year-old ever to complete a marathon. 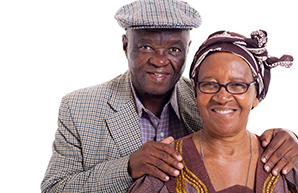 Ageing: what to expect

The body undergoes many changes as the years go by – here is a quick guide to what happens as you age.