5 celebrities who have struggled with alcoholism

Celebrities share some of the tough lessons they’ve learned from alcohol addiction. 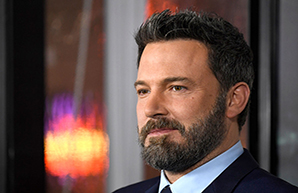 According to a 2016 report from the World Health Organization (WHO), South Africa has one of the highest alcohol consumption rates not just in Africa, but globally.

Alcohol abuse is unfortunately commonplace and affects society at all levels – even some of our favourite local and international celebrities. Here’s what we can learn from their experiences with alcoholism, also known as alcohol addiction.

Hollywood actor Ben Affleck, who has been open about his alcohol addiction since he first went into rehab in 2001, recently announced that he had completed a programme for alcohol addiction for a second time after relapsing.

Relapse is not uncommon for those battling with alcoholism, according to a 2001 study by the US’s University of New Mexico, which found that only one in four people who underwent alcohol abuse rehabilitation were able to abstain from alcohol in the year following rehab. It’s important to understand that alcoholism is a chronic illness, which makes relapse likely, but it is treatable as long as you get the support you need.

Masekela cites the Hollywood glamorisation of drugs and alcohol as a challenge that MAAPSA faces. “This organisation will make South Africans aware that addiction is a dynamite powder-keg,” said Masekela during an interview about the programme. “In South Africa, people are often praised for being able to drink a lot. They think drinking is something to be proud of.”

The talented Grammy Award-winner passed away in 2011 from severe alcohol poisoning. The singer, who had a history of substance abuse, was found dead in her apartment after binge drinking following a period of abstinence.

Two separate inquests found that she had 416mg of alcohol per decilitre in her blood, which was enough to make her comatose and depress her respiratory system – proving that alcohol abuse can indeed be fatal.

Local platinum-selling DJ-producer Mobi Dixon overcame drug and alcohol abuse to release his chart-topping hit, City Rains. “In life, when you make a mistake you have to get up, dust yourself off and get back on the path. I want kids out there to learn from me and not make the same mistakes. You don't need drugs and alcohol to be cool. You can be something in society without going through that," said Dixon in an interview with Channel24.

Chart-topping musician PJ Powers came clean about her fight with alcohol abuse in her tell-all autobiography, Here I Am. Powers says she realised she didn’t want to die when she was admitted to hospital for drinking a bottle of hairspray.

She cites Alcoholics Anonymous and the 12-step programme as incredibly helpful in her recovery. “The most important thing that I felt is that there were like-minded people… that I could share this burden,’ she said in an interview with News24.

Where to get help

For guidance and support regarding alcohol abuse, contact Alcoholics Anonymous South Africa on its national helpline – 0861 HELP AA (435-722) – or Whatsapp the South African National Council on Alcoholism and Drug Dependence at 076 535 1701. 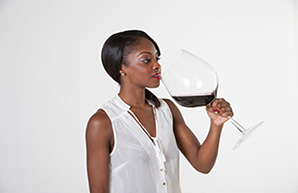 5 signs you're drinking too much alcohol

A glass of wine can be a beneficial social lubricant in many situations, but when does having fun with alcohol become a drinking problem? 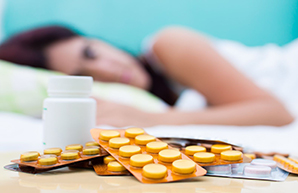 'How I survived my addiction to painkillers containing codeine'

A retired accountant from Port Elizabeth relates how she became addicted to painkillers.