Know your facts versus the fictions of endometriosis. 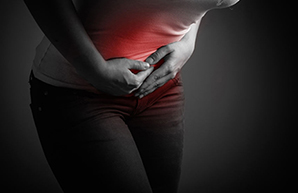 Endometriosis is a disease in which tissue that usually grows inside the uterus spreads to areas outside the uterus. It is characterised by severe pain in the pelvic area, which often coincides with menstrual periods.

This common disease, which is estimated to affect about 176 million women worldwide, is typically accompanied by a number of myths and misconceptions. We separate the myths from the facts so you know more about this condition:

Myth 1: If I’m diagnosed with endometriosis, it means that I’m infertile.

Myth 2: Endometriosis only affects women from their 30s onwards.

“Younger women can – and most certainly do – suffer from severe endometriosis. I have patients who are still in their teens with severe disease affecting their bowels and ovaries,” says Dr de Bruin.

The endometriosis-age myth is related to the fact that the initial diagnosis of endometriosis (prior to the 1970s) was only possible by laparotomy, a major surgical procedure involving deep incisions to the abdomen. This procedure was only considered in women past childbearing age, leading to the misconception that only older women suffered from endometriosis.

However, in 1994, Drs David Barlow, Stephen Kennedy and Helen Mardon of Oxford University, England conducted a study of women diagnosed with endometriosis in the United States and United Kingdom. They found that the average age when pain symptoms began was 22, with this age ranging from 10 to 46 years old.

Myth 3: A hysterectomy will cure endometriosis.

If a hysterectomy is planned in a patient with endometriosis, the disease (that is, all endometriotic growths) should be removed at the time of the hysterectomy.

Myth 5: Endometrial pain is a fact of life – I just have to deal with it.

Although endometriosis can’t be cured, there are many options available to patients for managing the disease. “Appropriate treatment depends on various factors, including age, symptoms and fertility status and fertility wishes,” says Dr de Bruin. “These options can include medical treatment, injections, fertility treatment, surgery for the disease, hysterectomy and others. The important thing to remember is that you do not have to suffer in silence. Speak to your doctor about a solution that meets your needs.”