Can vitamin C really help prevent or treat a cold?

At the first hint of the sniffles, we’re advised to take vitamin C. But does this actually work? 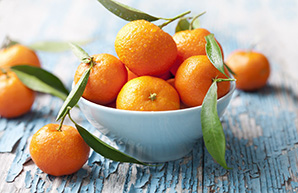 For many of us, the first thing we do when we start feeling a cold coming on is dose up on vitamin C. But does this popular wisdom actually work, or is it yet another old wives’ tale?

What the scientists say about vitamin C’s efficacy

The question of whether or not vitamin C helps with colds is not a new debate – it’s something that’s been debated and researched by scientists for decades.

In 2013, researchers from the University of Helsinki, Finland, published an important review of dozens of studies, reporting that vitamin C supplementation failed to reduce the incidence of colds in the general population, yet “it may be useful for people exposed to brief periods of severe physical exercise.” Those under intense physical stress such as marathon runners and skiers who took vitamin C supplements were about half as likely to get colds as those who didn’t, the researchers found.

However, the study authors concluded that: “Nevertheless, given the consistent effect of vitamin C on the duration and severity of colds in the regular supplementation studies, and the low cost and safety, it may be worthwhile for common cold patients to test on an individual basis whether therapeutic vitamin C is beneficial for them.”

So it would be fair to say that the most recent reputable studies report that vitamin C supplementation has a modest effect on the common cold and may offer some protection against catching a cold and lower its duration a bit, but is definitely not a ‘miracle’ cure or treatment for the common cold.

How much vitamin C should you take to fight colds?

Abigail Courtenay, a Johannesburg-based registered dietician, recommends taking about 200mg of vitamin C on a daily basis to help fight colds during winter. “This dose may slightly reduce the duration and severity of cold symptoms,” she says, adding that if you’re an athlete or experience extreme physical stress, it may reduce the incidence of colds by as much as 50%, as the above study showed.

However, a higher dose of vitamin C (1 to 8g/day) once a cold is already present doesn’t appear to be beneficial on duration or severity of symptoms when compared to a placebo, she says, also noting that the therapeutic use of vitamin C has not been studied in children.

What are the sources of vitamin C?

“The richest source of vitamin C is found in fruits and vegetables such as sweet peppers, strawberries, kiwi, oranges and broccoli,” says Courtenay. If you don’t eat enough of these sorts of foods, consider taking a supplement.

Which other supplements can help with colds?

Separate studies have shown that zinc can assist with reducing the symptoms of a cold, while probiotics can make you less susceptible to them. Speak to your doctor or Clicks pharmacist for more information and advice, particularly when it comes to supplementation for your children. 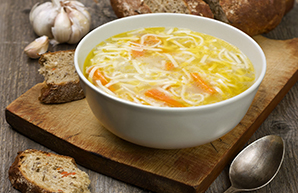 Cold and flu guide: What to eat to feel better

When you’re sick with a cold or the flu, eating and drinking healthily helps you heal quicker! 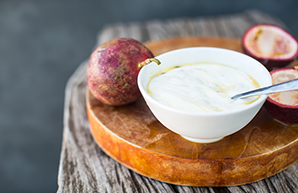 Probiotics vs prebiotics – and foods to find them in

You know about probiotics, but what about prebiotics? Both are important for your health.