Do black men have a higher risk of developing prostate cancer?

A US study has reported that black men have a higher risk of prostate cancer. And in SA? 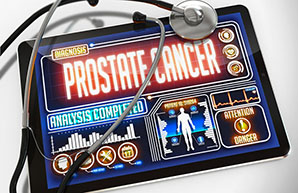 According to researchers from the University of Washington School of Nursing and the Fred Hutchinson Cancer Research Center, Seattle, black men have a higher risk of prostate cancer than any other men from other races, with the risk quadrupling for overweight black men.

“African American men have the highest incidence of prostate cancer of any racial or ethnic group in the United States, as well as the highest rates of aggressive disease and prostate cancer death,” reported the study, which was published in April in JAMA Oncology. The study concluded that there is a 58 percent increased risk for black men in the US, as compared to other races.

The study also goes on to report that there is an increased risk for prostate cancer in black men when they are obese, and that the risk grows by nearly four times as body mass index (BMI) increases. Interestingly, the same risk factors were not present in obese non-Hispanic white men. The study looked at data from 3398 black and 22 673 non-Hispanic white men.

Thus far, the authors have only been able to speculate about the causes of their findings, but have suggested that they might be attributed to the biological effects of obesity on different races.

According to the Cancer Association of South Africa (CANSA), prostate cancer is the most common cancer among white South African males. The National Cancer Registry’s 2008 statistics puts the lifetime risk across all race groups at one in 28 men developing the disease.

Unfortunately though, due to an inactive cancer registry in South Africa, not enough current data has been collected for comparison on the issue of race and prostate cancer risk in South Africa, says Dr Owen Nosworthy, specialist physician and medical oncologist at Wits Donald Gordon Medical Centre. However, with recent changes in legislation regarding the cancer registry, Dr Nosworthy hopes that we will have more reliable statistics in the future.

What you can do to lower your risk of prostate cancer

As so much remains to be understood about the causes of prostate cancer, prevention focuses largely on healthier living. Some studies have indicated that there may be lower prostate cancer rates in vegetarians, while other research indicates that regular exercise may play a role in decreasing your risk.

Obesity is associated with increased risks for many cancers, including prostate, pancreas, colorectal, breast and thyroid cancer. Dr Nosworthy notes that family and genetics play a significant role in obesity, but that the most important risk factors are a poor diet and lack of exercise. Eating a healthy diet and exercising regularly can lower your likelihood of obesity.

Clicks Clinics can help you with the following tests when it comes to monitoring your weight and your prostate cancer risk: 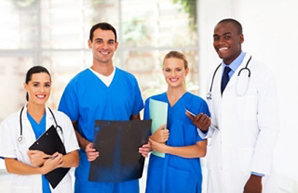 Cancer crisis: A Q&A with a leading oncologist

When you’re battling cancer, they’re the specialist doctors who will be fighting for your life too.

How cancer affects your sex life

At the best of times, sexual relationships can be complicated, and they don't get any easier when you throw cancer into the mix.