Why allergic reactions are on the rise

Allergies are on the increase worldwide. We share a few tips to help keep your family safe. 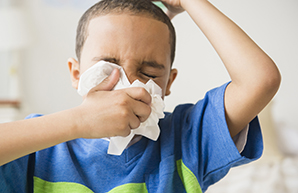 Allergies are soaring globally and 40% of sufferers are children, reports the Allergy Foundation of SA (AFSA). It now estimates one in three South Africans will develop an allergic condition at some stage – asthma, hay fever, eczema or a food allergy.

And while some reactions may be mild, such as rashes and hives, others can be severe with vomiting, swelling of the face and respiratory passages, difficulty breathing and a drop in blood pressure as the sufferer goes into potentially life-threatening anaphylactic shock.

Research from the US Centers for Disease Control and Prevention shows food allergies in children rose by 50 percent between 1997 and 2011, and a report released in April 2018 from Blue Cross Blue Shield shows emergency room visits for children with anaphylaxis more than doubled in the US between 2010 and 2016, with 47% of visits attributed to food allergies, mostly peanuts.

What causes an allergy?

Allergies develop when the immune system mistakes something in a food, beverage or the environment as harmful, and attacks it, releasing chemicals such as histamine, which produce the symptoms.

Triggers can range from pollen to dust mites, animal dander, pet hair, insect droppings, insect bites and stings, medicines and foods. The most common food triggers are eggs, peanuts, tree nuts (such as pecans and almonds), fish, shellfish, milk, soy and wheat, says Tirsa Bezuidenhout, a registered dietitian and spokesperson for the Association for Dietetics in SA.

Why the rise in allergies?

It seems Western society’s growing obsession with fighting germs – using sanitisers and keeping children from playing in the dirt or with animals – is preventing them building natural immunity, so when they encounter allergens later, their systems overreact. Likewise, the trend away from natural birth – which exposes babies to the microflora of their mother’s bodies – to Caesarian sections also plays a role.

This prevents children building tolerance to them through being exposed to the food during certain “windows of opportunity”, usually between about 6 and 11 months of age, says Prof Mike Levin, CEO of the AFSA and head of Allergology at the Red Cross Children’s Hospital in Cape Town.

According to research by Prof Claudia Gray of the AFSA, dietary changes from a rural high-fibre, low-fat diet to an urban diet low in fibre and high in fat and refined carbohydrates and sugars may play a role in food allergies.

These, like diet changes, may be altering the gastrointestinal tract, destroying some of the many microbes that form part of our immune systems.

Some scientists argue that by extending the growing season for plants, a warmer climate is raising pollen and allergen counts.

To mark World Allergy Week, the AFSA will provide a link to an international webinar on April 25 where experts discuss atopic dermatitis.

This feature has been approved by our medical expert, Dr. Darren Green. To find him online, click here.