The latest advancements in the fight against HIV

Scientists continue to make advances into how to manage and even prevent the spread of HIV/Aids. 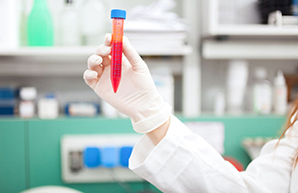 HIV was first explained in 1985 and scientists were optimistic about creating a vaccine within two years. 30 years later experts are still searching for a vaccine that will prevent or cure the disease, but there have been many positive advancements.

One of the most recent HIV vaccine studies, known as the HVTN-505 study, was conducted by The National Institute of Allergy and Infectious Diseases (NIAID). 2500 people had been recruited as part of the study in which a weakened cold virus was used to trigger the immune system to recognise HIV proteins. NIAID and the HVTN 505 study team are now working to analyse the study data. They want to find out why the vaccine didn't work, and to develop new ideas for future development of a vaccine.

One of the most successful clinical vaccine trials so far has been a US Military HIV Research trial in Thailand conducted in 2009. In this trial, vaccines were used together: a “prime” (the ALVAC vaccine) and a “boost” (the AIDSVAX B/E vaccine). This combination vaccine was safe and moderately effective. It decreased the rate of infection by 31% compared to a placebo shot.

Encouragingly, in February 2015, a trial to test a modified version of the so-called Thai vaccine was conducted in South Africa. The Thai vaccine is the only experimental vaccine regimen that has shown any sort of protection against HIV/AIDS. For the South African leg of the study, researchers altered the Thai vaccine regimen in order to make it more protective, as well as longer lasting. HVTN 100 used 252 volunteers at the start, to test for safety and to see if the regimen induced the predicted immune system response.

Positive results from this trial gave researchers the go ahead to launch the HVTN 702 trial in November 2016. A wider study involving more than 5000 men and women, HVTN 702 will run over 24-36 months, and if it proves to be at least 50% effective, experts are hoping that this will be the final nail in the coffin for HIV, paving the way for the first licensed HIV vaccine.

Another study that may open the door to finding a cure for HIV was conducted by South African researchers in the Caprisa (Centre for the Aids Programme of Research in South Africa) consortium. They worked in conjunction with US partners based at the Vaccine Research Center of the National Institute of Allergy and Infectious Diseases, part of the National Institutes of Health, and Columbia University in New York.

In March 2014 these scientists discovered how one woman responded in a unique way to HIV. Her antibodies were able to fight off multiple strains of the virus. They duplicated this KwaZulu-Natal woman's antibodies. The cloned antibodies were then used in a series of experiments to show how her immune system created these potent antibodies.

The leader of the Caprisa consortium, Professor Salim Abdool Karim, has stated that insights gained from the study into immune responses against HIV have brought hope for both prevention and treatment strategies.

Did you know Clicks offers HIV testing and counselling at our clinics? To make an appointment at a Clicks Clinic, call 0860 254 257 or book online at Clicks Clinics online.