Your ultimate guide to treating your child's cold or flu

With flu season on its way, wise up on prevention and treatment options. 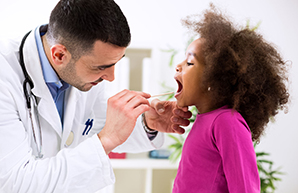 Every winter brings colds – and, more alarmingly, flu, which kills between 6 000 and 11000 South Africans a year, reports Dr Sibongile Walaza, medical epidemiologist at the National Institute for Communicable Diseases. And along with HIV-infected people and the elderly, children are especially vulnerable.

Colds and flu are both caused by viruses, but while colds are usually restricted to upper respiratory symptoms (runny nose and congestion), flu is accompanied by fever, chills, a cough, sore throat, loss of appetite, headache, body ache, muscle pain, shivers and sometimes vomiting and diarrhoea.

Antibiotics won’t help against viruses – only against bacteria, if a secondary infection develops. The best you can do for your child is keep them resting and well hydrated, and ease their symptoms, say the medical experts.

Here’s a guide on how to treat cold and flu symptoms.

Use saline nose drops to soften mucus. “You can make your own by dissolving half a teaspoon of iodine-free salt in a cup of boiling water and allowing it to cool, then applying it gently with a bulb dropper from your pharmacy,” says Dr Mgcini Thwala, a paediatrician at Life Roseacres Hospital in Germiston. Make a fresh batch each time, and wash and air dry the syringe.

You can also take your child into the shower or bathroom, allow the hot water to run and form steam, and hold them safely while this clears their sinuses.

“If your child is running a temperature, give them ibuprofen – for example, Nurofen – if they’re a year or older, following dosage instructions closely for their age, or ask your pharmacist or doctor for advice,” says Vishal Samdhan, a pharmacist at Clicks Pharmacy Westville.

For younger children, use paracetamol, but check with your doctor if you can use it if they’re younger than three months. Don’t give children aspirin as it’s been associated with rare but dangerous Reye’s Syndrome, which causes swelling in the brain and liver and can be fatal.

Cool them down with a damp sponge, or put them in a lukewarm bath and dress them in light, loose clothing. Keep them hydrated with plenty of water.

Help your child gargle with warm salt water, and given them warm liquids to sip (tea, soup), and ibuprofen or paracetamol for pain. Lozenges can also help soothe their throats. However, don’t give lozenges to children younger than three years as they could choke.

Undiluted honey can be soothing, but is not safe for babies before age one. After that, try half a teaspoon for children up to age 5, a teaspoon for older children – take care that their teeth are brushed afterwards to avoid cavities.

Chat to your Clicks pharmacist about the best cough syrup for your child’s age.

When to call a doctor

Most colds and flu last a week to two weeks, but if symptoms persist longer or worsen, call a doctor. Also, call if a fever persists longer than 72 hours, or if your child develops difficulty breathing, chest or abdominal pain, listlessness, extreme irritability, decreased urination (a sign of dehydration), ear ache, a persistent cough, vomiting, swelling of the tonsils or sinuses, or confusion, or if you have difficulty waking them.

Preventative measures for colds and flu

Take your child for an annual flu shot if they’re aged older than six months. Vaccination isn’t advised for younger babies, but encourage the adults around them to have their shots.

Boost their immune systems by seeing that they eat well – deeply-coloured veggies and fruits are especially high in phytonutrients including tomatoes, spinach, sweet potatoes and blueberries.

“Most importantly, teach them to guard against infection by washing their hands regularly, especially after coming in from school or the shops, and by not sharing food utensils and glasses,” says Durban microbiologist Dr AK Peer. Also help them avoid contact with anyone who has a sore throat.

Teach them to protect others in turn by discarding their used tissues, and covering their mouth and nose with their elbow (not their hand) if they cough or sneeze.

Shop now at Clicks.co.za for vitamins, and cold and flu remedies

To help you ward off colds and the flu, or recover from them, Clicks pharmacists have selected the most trustworthy and affordable products for you to purchase for your children’s health. These include a wide range of: 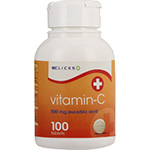