Characterised by periods of lethargy and depression, and then mania (when you feel euphoric and overactive), a person with bipolar disorder will experience extreme changes in mood, energy and behaviour.

While bipolar disorder’s causes are not known, experts believe it may be a combination of biochemical, genetic and psychological factors.

According to the South African Depression and Anxiety Group (SADAG), it affects about one percent of the population. While the disorder has been seen in children, the usual age of onset is late adolescence and early adulthood.

There is no single bipolar disorder test, so a bipolar disorder diagnosis is usually made on the basis of the symptoms meeting several criteria. A multidisciplinary assessment with input from a psychiatrist and a GP may be necessary, in order to rule out other conditions that could be causing the symptoms.

During the assessment, the psychiatrist will ask you about your symptoms. He/she will also want to know about your medical background and family history, especially whether any of your relatives have had bipolar disorder.

If you do have bipolar disorder, you will need to visit your GP regularly for a physical health check.

Treatment in the form of medication and counselling can be effective for most people with bipolar disorder. It cannot be cured but can be managed successfully.

Treatment with mood-stabiliser medicines such as lithium, anticonvulsants or antipsychotic medicines aims to keep the mood within normal limits, while the therapeutic benefits of psychological counselling also helps.

If it’s not diagnosed and treated, the impact of the illness can be devastating to the individual, their family and friends, according to SADAG.

About 85 percent of people who have a first episode of manic depression will have another. Maintenance treatment is therefore essential.

As so little is understood about the causes of bipolar disorder, there’s no guaranteed way to prevent it. However, manic episodes can be controlled through medication.

Home treatment is also important in bipolar disorder. This includes:

For more info
The South African Depression and Anxiety Group 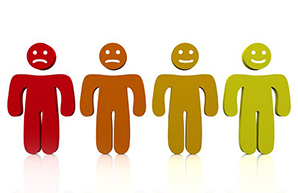