Brain cancer occurs when abnormal cancer cells develop and multiply within the brain forming a malignant tumour or tumours. Primary brain cancer begins in the brain, while a tumour that starts elsewhere in the body and spreads to the brain is called a metastatic or secondary tumour.

Brain cancer causes, then, can include other cancers, but according to the Cancer Association of South Africa (CANSA), in most cases of primary brain cancer the cause is unknown.

However, known risk factors that can increase your chances of developing the brain cancer include certain genetic conditions and a family history, age (risk increases with age but it can occur at any age) and exposure to radiation.

There are few early symptoms of brain cancer, but as the tumour grows within the confines of the skull, it causes increased intracranial pressure and exerts pressure on the brain, causing signs to develop.

Note that not all tumours are cancerous: however, a benign tumour can cause similar symptoms to a malignant tumour. Malignant tumours are considered life threatening because they grow rapidly and invade the surrounding brain tissue.

Brain cancer symptoms and signs are varied and depend on the area of the brain involved, but can include:

Because the warning signs of brain cancer can be mistaken for so many other conditions, it’s important to see your healthcare provider as swiftly as possible when exhibiting these symptoms.

After an initial neurological exam by a doctor to determine the part of the brain affected that may be responsible for a patient’s symptoms, a brain cancer diagnosis relies largely on imaging tests such as MRI (magnetic resonance imaging) and CT (computed tomography) scans. These tests allow doctors to view the internal structures of the brain where they can search for abnormalities.

If brain cancer is suspected, a biopsy of the tumour whereby a sample of the tumour is collected surgically for testing may be performed to confirm the diagnosis. If possible, the entire tumour will be removed during this surgery.

Brain cancer treatment is individualised depending on the type (based on which of the myriad kinds of brain cells developed the malignancy), size and location of the tumour, says CANSA.

A tumour will be graded before therapy is advised, as grading determines the treatment and the prognosis.

Surgery to remove the brain cancer, radiation therapy in which high-energy radiation is used to kill cancer cells, and chemotherapy which uses drugs developed to kill specific types of cancer cells are the current mainstays of treatment.

There are no proven home remedies that can slow the progression of this condition, so it’s important to develop and implement a treatment plan with an oncologist as soon as possible.

While the exact causes of the condition have yet to be understood, brain cancer prevention is not yet possible.

Where possible, factors that may increase your risk should be avoided. Living a healthy lifestyle so as to offset the risk of developing other cancers that may metastasise into tumours in the brain is best.

For more info
The Cancer Association of South Africa 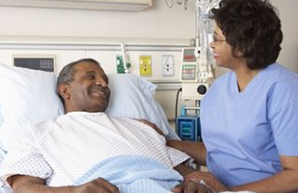 Caring for a cancer patient can be overwhelming. Here’s how to offer effective care.