Eczema is a general term for a group of conditions in which the skin becomes inflamed or irritated.

There are many forms, but the most common and prone to flare-ups are atopic dermatitis or atopic eczema, which are associated with other allergic conditions like asthma or hay fever. It usually starts in children and in babies but can continue into adulthood. Although rare, it can also start in adulthood.

Patches of skin become red, scaly and itchy. Small blisters containing fluid can also form, and start to weep. Eczema causes include an abnormal response to the body’s immune system, an inability to repair damage to the skin barrier, allergies and sensitivity to chemicals and clothing. It also occurs in people who are prone to allergies like hay fever, and is often hereditary. It can be mild, moderate or severe.

Eczema symptoms can vary in severity and most people are only mildly affected. Severe symptoms include cracked, sore and bleeding skin. There can be periods when symptoms are less noticeable, and periods of flare-ups when they become more severe.

Eczema progresses through three stages in the course of a flare-up:

A doctor will begin an eczema diagnosis by examining your skin and question you about your symptoms and medical history. It is recommended that you first consult a dermatologist, as other skin conditions can resemble eczema and it takes experience to accurately diagnose the condition.

The doctor may also use patch testing or other tests to rule out other skin diseases or identify conditions that accompany your eczema.

There is no cure for eczema, but it can be managed with certain treatments, including medication and home remedies.

You can’t stop flare-ups from occurring but you can minimise their severity by controlling or avoiding certain triggers in aspects of your environment. Triggers include hormonal changes in women, stress, exercise, skin irritants, changing seasons, and environmental factors such as tobacco smoke or water that contains lots of minerals.

Some of the things you can do to prevent or reduce eczema flare-ups include: 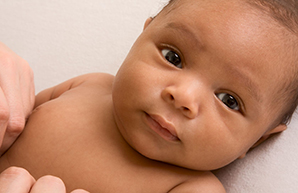 How to spot and treat your baby’s eczema

It’s not dangerous or contagious, but eczema can cause great discomfort for your little one. 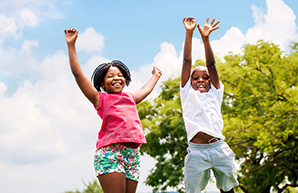 While there is no cure for eczema, the right treatment plan can make a big difference.