HIV is primarily a sexually transmitted infection, but it can also be spread via exposure to infected blood (for example, sharing needles) and from mother to child during childbirth. South Africa has the highest HIV incidence in the world with a recent Human Sciences Research Council survey indicating that the total number of HIV-positive South Africans stands at approximately 6.4 million.

HIV causes the immune system to become weakened, as it destroys disease-fighting T-cells (also called CD4 cells), leaving the body vulnerable to common diseases, like tuberculosis, and opportunistic infections that a healthy immune system would be able to fend off. Most HIV-infected people who do not receive treatment will eventually become ill and die of complications from HIV infection.

HIV/AIDS symptoms depend on how far the infection has progressed. An HIV-positive person may be symptom-free in the early stages of the disease or some may develop non-specific flu-like symptoms (including fever, rash, swollen lymph nodes and sore throat) within a month or two of the initial infection.

Many people may experience no symptoms for years, until their T-cell count is low enough for AIDS to develop, after which symptoms may include:

As the immune system is weakened, opportunistic infections set in – the symptoms of which will vary according to that particular condition.

HIV diagnosis is done with a blood test, which can pick up HIV-specific antibodies in the blood. The severity of the HIV infection is classified according to the World Health Organisation (WHO), starting with the symptomless Primary HIV Infection, then progressing through four clinical stages, each with its own defining characteristics.

Usually HIV testing is done in conjunction with pre- and post-test counselling to help people better understand the disease, their HIV status and – if they test positive – their treatment options.

AIDS is diagnosed when an HIV-positive person’s T-cells drop below 200 per microlitre of blood or clinically defined AIDS-indicator conditions set in.

While an HIV/AIDS cure has not yet been found, the disease can be managed in the long-term with antiretroviral therapy (ART). ART is made up of a combination (or ‘cocktail’) of different anti-HIV drugs, each of which attacks the virus in a different way or at a different stage in its life cycle, making it the most effective HIV treatment at present.

Your healthcare provider will monitor your CD4 count and the viral load in your blood and will amend your treatment accordingly. It is essential to take this medication exactly as prescribed to avoid developing drug resistance and to remain healthy for as long as possible.

HIV prevention starts with being educated about how HIV is spread in order to make smart and informed choices and avoid any behaviour that may put you in contact with HIV-infected fluids. Safe sex, using clean needles for those who use intravenous needles, and disclosing your HIV status to any potential partners are an essential part of curbing the HIV pandemic.

Research has also revealed that for men circumcision can reduce the risk of female-to-male infection. If you have been exposed to the virus, post-exposure prophylaxis (short-term antiretrovirals) can be administered within 72 hours of exposure to limit your risk of contracting HIV.

Unprotected sex increases your risk of HIV/AIDS. Clicks offers HIV testing and counselling at our clinics, call 0860 254 257 or book with Clicks Clinics online to make an appointment.

Don't be caught unawares – rather stock up on condoms here so that you can ensure you're practising safe sex at all times.

The accuracy of this information was checked and approved by physician Dr Thomas Blake in January 2015
Read More: HIV/AIDS Super Section 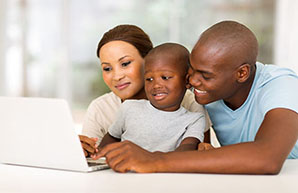 Discussing sex in the age of HIV is tough – here's how to do it. 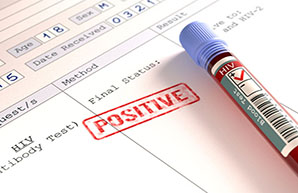 WHO: Early treatment for all infected with HIV

The World Health Organization recommends that those infected with HIV should receive treatment immediately after diagnosis.