Ovarian cancer is cancer that starts in one or both ovaries, the organs that produce eggs and the hormones, oestrogen and progesterone.

Every year about a quarter of a million women worldwide are diagnosed with ovarian cancer and 140 000 women die of it, making it the cancer with the lowest survival rates for women, reports the Cancer Association of South Africa (CANSA).

Unfortunately, experts don’t know exactly what causes ovarian cancer, however they do know that it manifests in the same way as other cancers. Usually cancer results from faulty DNA that changes normal cells into cancerous ones. These then multiply to form tumours or invade nearby tissues, or spread to other areas of the body (metastasize).

Ovarian cancer may be hereditary in some cases.

One problem with ovarian cancer is that it often goes undetected in the early stages, and when it is finally identified, has already spread to other organs in the abdomen. Sadly, late stage ovarian cancer is often fatal, so early detection is critical as it gives you a much greater chance of recovery.

It’s important to know that early-stage symptoms follow a definite pattern: they feel different from your normal menstrual or digestive issues, they occur almost every day and don’t go away, and they start suddenly.

Other symptoms of ovarian cancer may include:

There are a few ways in which ovarian cancer can be diagnosed. Your doctor will most likely ask you about your general health and any unusual symptoms you have. He may do an external examination of your abdomen.

A doctor may then also do an internal examination to detect if there are any abnormal lumps or swollen areas in your uterus or ovaries. Other tests that are routinely done to test for ovarian cancer include an ultrasound scan and a blood test for CA125, a protein produced by some ovarian cancers.

The blood test will reveal whether CA125 is present although other conditions also produce the same protein (fibroids, endometriosis, pregnancy and pelvic inflammatory disease) so it’s not the only test that needs to be done.

An abdominal ultrasound scan, on the other hand, will reveal whether the ovaries are the right size, whether their texture is normal and whether there are any cysts in the ovaries.

If the doctor sees a suspicious-looking cyst on an ovary, he is most likely to want to remove it, particularly if you are post-menopausal, if it is large, or he suspects it may contain cancerous cells.

There are a number of ovarian cancer treatment options, although how your doctor treats it will depend on the type of cancer it is and how advanced the disease is. Doctors will consider age, general health and whether you still want to have children, before deciding on the most suitable treatment/s.

Quite frequently, doctors will choose two or more treatments to get rid of ovarian cancer. These include surgery, chemotherapy, hormone therapy, targeted therapy and radiation therapy.

Preventing ovulation is one way of preventing ovarian cancer. The reason for this is that every time an ovary expels an egg it gets damaged and the process of repairing of cells on the surface of the ovary means that cells grow and multiply rapidly. It’s this process that can go wrong, resulting in ovarian cancer. Fortunately, ovulation stops when women are pregnant, breastfeeding, or taking the contraceptive pill.

Another way to ensure you don’t get ovarian cancer is by removing ovaries while undergoing a hysterectomy.

However, experts are also saying that ovarian cancer could be linked to obesity, so be sure to maintain a healthy weight, exercise regularly and eat a balanced diet in order to eliminate a few possible risk factors.

For more info
The Cancer Assocation of South Africa 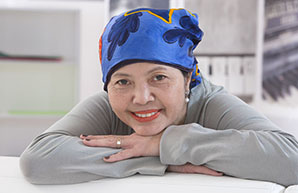 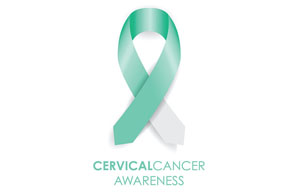