Parkinson’s disease is a disorder of the central nervous system that affects movement and progresses with time.

A degenerative disorder, meaning that symptoms worsen over time, Parkinson’s disease occurs when the nerve cells responsible for producing dopamine in the brain start to die. This results in a host of movement-related symptoms, while dementia and thinking problems can occur in the advanced stages of Parkinson’s disease.

The causes of the Parkinson’s disease-related cell death are largely unknown, although in rare cases there are associated genetic mutations, and increased risk has also been linked to environmental factors, like exposure to pesticides. The likelihood of developing the disease increases with age.

According to the Parkinson’s and Related Movement Disorders Association of South Africa, one of the first Parkinson’s disease symptoms is usually a tremor, often appearing in just one limb or on only one side of the body before ultimately spreading to both sides.

Along with tremor, symptoms include:

There is no single definitive test for the disease, so a Parkinson’s disease diagnosis usually entails examination by a neurologist who will perform a physical examination and review the patient’s medical history, along with the symptoms he or she is experiencing.

While the brains of Parkinson’s disease sufferers look normal on CT (computerised tomography) or MRI (magnetic resonance imaging) scans, these tests may be performed to rule out other neurological disorders that can cause secondary parkinsonism (what the collective motor symptoms are sometimes called).

The doctor may prescribe Parkinson’s disease drugs like carbidopa-levodopa, as a marked improvement on the medication will confirm their diagnosis.

While there is currently no cure for the disease, Parkinson’s disease treatment can manage the symptoms.

Treatment options range from medications that can increase the amount of dopamine available in the brain or which can mimic the effects of dopamine on the brain, to deep brain stimulation, a surgical intervention in which electrical pulses are sent to a specific portion of the brain to reduce the severity of Parkinson’s disease symptoms. Deep brain stimulation is most commonly used in patients in the advanced stages of the disease but it cannot slow the progression of the disease.

Because so little is understood about why some individuals develop Parkinson’s disease in the first place, there is no sure way of preventing it. However, research has shown that caffeine consumption can play a protective role, with regular intake of caffeinated beverages such as tea, coffee and green tea helping to lower one’s risk of developing the disease. 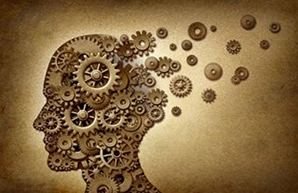 Johann Stoltz shares how his life changed after being diagnosed with the neurodegenerative disease. 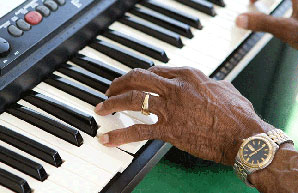 Parkinson’s changes the lives of its sufferers irrevocably. We asked an expert to shed some light on this disease and offer some guidance.