Diclofenac is used in several forms to reduce inflammation, swelling and ease pain, depending on the condition being treated. Its mechanism of action is to reduce the substances in the body that cause inflammation, and by extension, pain.

It is used to treat rheumatic conditions such as arthritis, and a range of other conditions including gout, migraine, fever and certain conditions that require pain management, such as dental and post-operative pain.

For over-the-counter use, the tablets may be used only for acute, short term inflammatory conditions such as sports injuries and gout.

The drug can be applied topically as a cream or gel, or taken orally in tablet form. It can also be prescribed by a doctor to be used rectally (as a suppository).

The typical dosage for adults is 25 to 50mg three times a day for short-term pain management.

You should not exceed a maximum total dose of 150mg per day.

Topically the cream or gel may be applied three times daily to the affected muscle or joint area.

Diclofenac should be avoided if you have the following conditions:

Diclofenac should be used with caution if you have the following conditions:

What are diclofenac’s side effects?

Call a doctor or ambulance immediately if you notice the following symptoms: 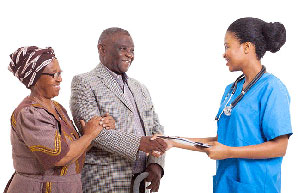 6 questions you need to ask if you have rheumatoid arthritis

Living a full life with rheumatoid arthritis is possible, but it means taking an active role in your treatment.