Phenazopyridine is a painkiller (analgesic) that helps in the treatment of urinary tract infections (UTIs).

Phenazopyridine is used to relieve the symptoms of urinary tract infections (UTIs), including pain, burning and the need to urinate frequently, and urinary discomfort associated with surgery or injury.

For adults, the average dosage is 190 to 200mg taken orally three times a day. It should not be used for more than two days when taken with an antibacterial.

For children and young adults, aged between six and 18, the dosage is 12mg per kg taken orally and divided into three daily doses.

However, first check the correct dosages with your Clicks pharmacist.

Phenazopyridine should be avoided if you suffer from the following conditions:

Phenazopyridine should be used with caution if you suffer from the following conditions:

As a rule, always inform your doctor or Clicks pharmacist what prescription and non-prescription medications, vitamins, nutritional supplements and herbal products you are taking or planning to take to ensure you don’t suffer the effects of adverse drug interactions.

What are phenazopyradine’s side effects?

Call a doctor or the ambulance immediately if you notice the following symptoms: 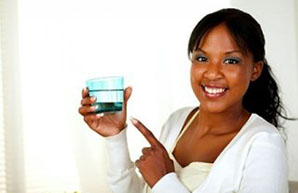 6 ways to avoid a UTI re-infection

Habits and tactics you can adopt to stop the boomerang effect of urinary tract infections (UTIs).