The buchu herb (agathosma betulina) has a range of therapeutic benefits including antioxidant, anti-inflammatory and antiseptic properties.

Indigenous to the mountains of the south-western Cape of South Africa, buchu was first used by the early Khoisan people for its healing abilities.

Buchu leaves contain flavonoids and volatile oils. The antiseptic benefits of buchu to treat disorders of the urinary tract are attributed to the volatile oils enclosed by the plant. The basic component of the volatile oil also possesses antibacterial activities.

Buchu may assist in the management of the following conditions:

It may also have mild pain-relieving properties.

Buchu is also a common ingredient in medicines used to assist in the symptomatic relief of premenstrual syndrome (PMS).

There is no proven scientifically proven dose for buchu, so consult with your Clicks pharmacist about the recommended dosage.

The following side effects are rare:

Using buchu during pregnancy is not advisable as it may induce abortion or stimulate uterine contractions. It is also not recommended for use during breastfeeding.

Buchu is a diuretic and so may deplete potassium in the body. When using buchu, you should supplement your diet with potassium-rich foods. 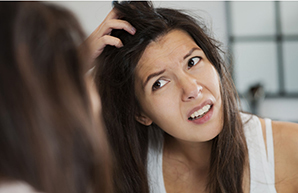 Expert solutions for vaginal thrush and other embarrassing ailments

We give you expert advice for dealing with thrush, dandruff and more.