The ginger herb is believed to be able to combat numerous ailments, due to its antioxidant properties.

Ginger’s healing properties have been recognised for thousand of years in India and Asia, but it’s now popular in many cultures.

Ginger reportedly has powerful antioxidant benefits, including an ability to inhibit inflammation. In some laboratory studies, it has also shown some promise as an anti-cancer agent.

The root (rhizome) of the ginger plant can be consumed fresh, powdered, dried as a spice, in oil form or as juice. Ginger is part of the Zingiberaceae family, alongside cardamom and turmeric.

It is available in capsules and tinctures, but you can also use fresh or powdered ginger in cooking or use the fresh root to make ginger tea.

Consult with your Clicks pharmacist for more information about the correct ginger dosage for you.

Ginger is safe for most people, but there are possible complications. The most common side effects are:

Allergic reactions to ginger have been reported. Stop taking ginger immediately and seek medical attention if you experience the following signs:

Symptoms of a ginger overdose may include sleepiness, confusion, dizziness, and irregular heartbeats.

Consult with your doctor or Clicks pharmacist before using ginger if you're on blood thinners, diabetes medications or medications for high blood pressure. 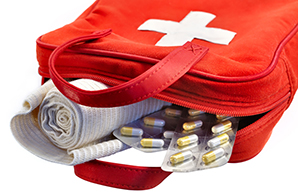 How to stay safe and healthy during your Easter holiday

Stay safe this Easter with our trusty holiday survival guide.