L-tyrosine is an amino acid (a building block for proteins) that makes important brain chemicals called neurotransmitters, including epinephrine, norepinephrine, and dopamine, which help nerve cells communicate and influences mood.

Tyrosine is made from another common amino acid, phenylalanine. It helps produce melanin, the pigment responsible for hair and skin colour, and aids in the functioning of organs responsible for making and regulating hormones, such as the thyroid, adrenal and pituitary glands.

Reportedly, tyrosine supplements may have the following benefits:

It’s rare to have a tyrosine deficiency although low levels are associated with low blood pressure, low body temperature and an underactive thyroid.

There is no RDA, as your body makes its own supply. However, if you’re considering supplementation, consult with your Clicks pharmacist or your doctor about the recommended daily dosage.

Rather avoid supplementation in if you suffer from an overactive thyroid (hyperthyroidism) or Graves disease, an immune system disorder where is an overproduction of thyroid hormones.

Not enough is known about safe dosages for children and for women during pregnancy or breastfeeding, or those with kidney or liver disease. 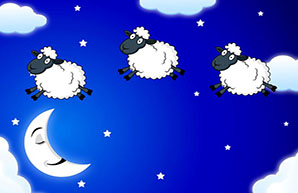 When should you take sleeping tablets?

Should you consider taking sleeping tablets for insomnia, and are they addictive?