'I'm a survivor': 5 celebrities who have battled cancer

Cancer can be beaten, as proven by these inspirational celebrities who fought and won. 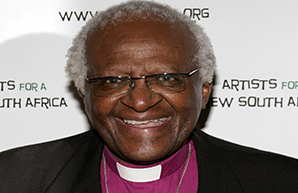 Every year, more than 100 000 South Africans are told the terrifying news that they have cancer, according to the Cancer Association of South Africa (CANSA).

With over 200 different forms affecting various parts of the body, it’s no wonder that cancer is one of the leading causes of death worldwide. But for cases that are detected early enough – through regular health checks and screenings – there is hope for effective treatment and life after cancer. Take inspiration from these well-known faces and their experiences.

Social rights activist and former Anglican archbishop Desmond Tutu was diagnosed with prostate cancer in 1997 at the age of 65. Tutu was treated using cryosurgery, an operation that involves using liquid nitrogen to freeze and destroy the abnormal tissue and cells.

Following his diagnosis, Desmond Tutu spoke out publicly to encourage other men to have their prostates examined regularly so that they can be treated as early as possible. “My wife and I decided to go public because cancer gets bad press. People assume it’s [always] terminal,” he told Ebony magazine. “Prostate cancer should not be a killer. I appeal to our people that the rectal examination is not as bad as people make it out to be. It may be slightly uncomfortable, but not more than going to the dentist for an examination,” he added.

Having watched her mother survive breast cancer, the actress made a point of getting screened regularly from the time she hit 30. In 2008, her doctor recommended an MRI (magnetic resonance imaging) scan, and the results showed that Applegate had early stage breast cancer.

Further tests also revealed that she had the breast cancer gene (BRCA1), making her more likely to develop ovarian cancer as well as breast cancer, and this discovery influenced Applegate’s decision to have a double mastectomy. "That sort of changed everything for me," she told Oprah.com, "Radiation was something temporary, and it wasn't addressing the issue of this [cancer] coming back or the chance of it coming back in my left breast. I sort of had to kind of weigh all my options at that point."

In 2013, after being urged by his wife to have a mark on his nose examined, Hugh Jackman discovered that he had basal cell carcinoma (the most common form of non-melanoma cancer).

The skin cancer was removed, but at the time Jackman expected that there would be more. “I’m realistic about the future,” he said to the Associated Press, “And it’s more than likely that I’ll have at least one more but probably many more, which is not uncommon for an Aussie, particularly from English stock, growing up in Australia where I don’t remember ever being told to put sunscreen on.”

The actor has since had four other skin cancers removed, and gets his skin checked every three months, something that he also encourages his fans to do. “Please don't be foolish like me,” he stated in an Instagram post, “Get yourself checked. And use sunscreen!”

A familiar face and voice to South African audiences, radio and TV presenter Mark Pilgrim was diagnosed with testicular cancer at the young age of 18. Unfortunately, the cancer had already reached stage 4 and spread to his lungs and kidney by the time it was discovered, and Pilgrim had to have one testicle removed and also undergo months of chemotherapy treatment. He's fortunately in remission.

Pilgrim explained to Huisgenoot magazine that he didn't recognise the signs of his condition: “I didn't even know what a swollen testicle could possibly mean. The general and big mistake that many of us make is to ignore the symptoms. When we see something wrong, we say: 'Let's see if it's still there tomorrow'. Each day that I didn't get myself checked out, the cancer was spreading through my body."

In 2000, Sofia Vergara (then 28) took her son for a check-up during which the doctor insisted on examining her too. To her surprise, the doctor noticed some abnormalities in her throat that turned out to be thyroid cancer.

“I was young. I had a young son. But I tried not to panic,” the actress told WebMD, “I decided to take charge and inform myself. Of course, I couldn't Google thyroid cancer from the comfort of my house back then, so I went to bookstores and found out everything I could about it.”

Vergara was treated with radioactive iodine therapy and also had her thyroid removed, a procedure that left her with hypothyroidism (underactive thyroid), but her cancer went into remission.

How Clicks Clinics can help you with cancer detection

At Clicks Clinics we offer cancer screening methods to detect early signs of cancer, including both Pap smears and breast examinations for women, and the Prostate Specific Antigen (PSA) Test for men.