Did you know these 6 celebrities have diabetes?

1 in 11 adults has diabetes. These celebrities are among those affected by the chronic disease. 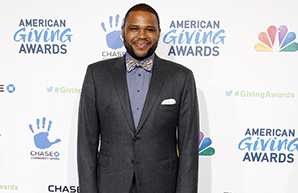 By the year 2025, the World Health Organisation (WHO) estimates that globally 380 million people will have diabetes. Affecting the body’s use or production of insulin, diabetes is a disease that, if not managed well, can lead to kidney failure, heart attack, stroke, loss of limbs and blindness.

Key to staying healthy as a diabetic is eating better, getting into the habit of exercising, keeping a close eye on your blood sugar levels, and – for type 1 diabetes – taking your insulin.

Take your cues from these celebrities who’ve reconsidered their lifestyle choices and are living healthy, full lives with this chronic ‘lifestyle’ disease.

In 2001, the actor was diagnosed with type 2 diabetes – a condition that claimed his father’s life and also affects his mother.

The diagnosis led the shocked actor to rethink his approach to health. “One day you’re not feeling well and the next thing you know, the doctor’s telling you that you have this life-changing condition,” he told Parade magazine. “Nothing can prepare you for that, but I rolled through the punches, and I’m making the most of it. I took it seriously from the beginning, and that’s what I’ve been doing the past 13-plus years.”

Through eating healthily and incorporating exercise into his life he lost almost 20 kilograms. “I run on the treadmill, I ride my bike, I still play basketball on occasion and even though golf isn’t a sport that gives me a lot of cardio, I play it as much as I can,” he told Parade.

He also become a spokesperson for F.A.C.E (Fearless African Americans Connected and Empowered) Diabetes, a programme that educates communities about type 2 diabetes.

In 2013, the then 57-year-old academy award winner revealed that he had been diagnosed with type 2 diabetes after struggling with high blood sugar levels since the age of 36.

By his own admission, Hank’s condition came about because of a careless approach to his weight and diet. “I'm part of the lazy American generation that has blindly kept dancing through the party and now finds ourselves with a malady. I was heavy. I was a total idiot,” he explained to Radio Times magazine, “I thought I could avoid it by removing the buns from my cheeseburgers. Well, it takes a little bit more than that.”

Hank’s actress wife Rita Wilson told People magazine how his diagnosis lead to the couple revamping their lifestyle: “We’ve really cut back a lot on sugar, and we find time in every day to exercise. We actually walk and hike together.”

While on the set of a TV show in 1989, 22-year-old Halle Berry collapsed and fell into a diabetic coma for a week, after which she was told that she had type 1 diabetes.

The actress sparked some controversy 18 years later when she claimed that she had “weaned herself off insulin” by changing her diet and lifestyle, and had become a type 2 diabetic. However, doctors commented that she was probably misdiagnosed initially, since type 1 diabetes can’t be cured and those with the condition are insulin dependent for life.

The local Kwaito singer and TV actor was diagnosed as a type 1 diabetic at the age of 20. Although he has a family history of type 2 diabetes, Mosese was surprised that he had developed the condition, thinking that it was something that only affected those who are older or overweight.

Since then, Mosese has become a diabetes activist, taking part in a number of projects that aim to educate and raise awareness around the condition.

Although the comedian was told of his type 2 diabetes in 1996, it wasn’t until about 10 years later that he started to take his condition seriously, after his doctors warned that he might lose his foot.

This news prompted Morgan to look after his health and administer his insulin everyday. Unfortunately, the disease had already taken a significant toll on his body, and Morgan had to undergo a kidney transplant in 2010 at the age of 42.

When actress and producer Salma Hayek, then 41, was pregnant with her daughter in 2007, she developed gestational diabetes – a condition where the hormones released by the placenta make the mother’s body insulin-resistant. “I didn’t know whether I was feeling bad because I was pregnant or whether something was seriously wrong. I was nauseated for nine months, which can be one of the symptoms,” she told American Baby magazine.

Although gestational diabetes is only present during pregnancy, having had it increases Hayek’s risk of developing type 2 diabetes at a later stage.