A myocardial infarction, or heart attack occurs when a portion of the heart muscle is deprived of oxygen for too long and dies.

Like all muscles, the heart requires oxygen to function. It receives this via the two coronary arteries and it is when one of these becomes blocked that the heart tissue is starved of oxygen (cardiac ischaemia).

In most cases this happens when anatherosclerotic plaque – part of the fatty arterial wall build-up associated with coronary artery disease – ruptures, creating a blood clot that then blocks the already narrowed artery. If the ischaemia lasts too long, myocardial infarction – a condition characterised by the death of parts of the heart muscle – occurs.

The Heart and Stroke Foundation South Africa (HSF) cautions that myocardial infarction symptoms may vary from person to person, but that signs to look out for include:

It is vital to treat these symptoms as a medical emergency and seek help as quickly as possible.

Diagnosis of a myocardial infarction is usually a matter of urgency that requires an immediate visit to a hospital’s emergency room, as any delay can result in further irreparable damage to the heart muscle.

There are two types of test that can confirm a heart attack:

Myocardial infarction treatment is focused first on restoring blood flow to the heart as swiftly as possible.

Various clot-busting medications are administered to help dissolve the clot or prevent new ones from forming – aspirin is one common household medication that can be used in an emergency situation while waiting for help to arrive.

Painkillers and drugs to dilate the arteries and decrease blood pressure may also be used.

Myocardial infarction frequently requires surgery, either to insert a special balloon called a stent into the blocked artery to widen it (coronary angioplasty) or to bypass the blockage by using blood vessels harvested from other parts of the body (coronary bypass surgery).

There is a significant lifestyle factor that contributes to the development of coronary artery disease, which is usually the precursor for a myocardial infarction. As such, there are many cases in which prevention of myocardial infarction may be possible, simply by making healthier choices.

Those already at risk or recovering from a previous heart attack should discuss medication options to help reduce their risk with their healthcare provider.

The accuracy of this information was checked and approved by physician Dr Thomas Blake in July 2016
Read More: Heart Disease Super Section 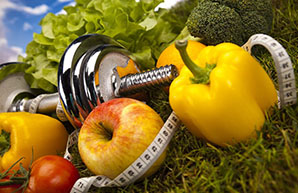 5 key nutrients for your heart

Watching what you eat is a big part of taking care of your cardiovascular health, so make sure you're getting it all. 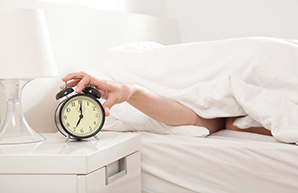 5 surprising things that damage your heart

You may think you know all the culprits that damage your heart – but did you know about these?